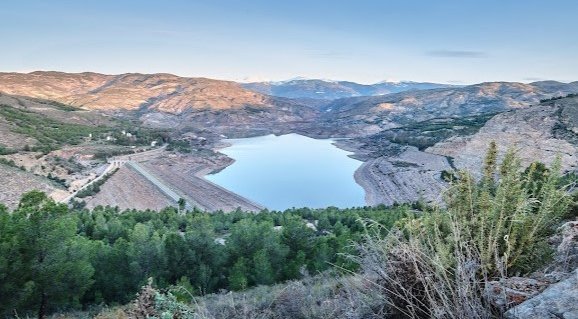 Entire province of Malaga declared to be in a state of exceptional drought. Image: Google maps - Víctor Manuel Velasco Soler

Andalucia, with the exception of Granada province, has been declared to be in a state of exceptional drought

This Friday, March 11, the Drought Management Commission of the Andalucian Mediterranean Basins approved the declaration of an exceptional drought situation in the majority of the community of Andalucia.

This action applies to the exploitation systems of Beninar in Almeria province, Guadalhorce-Limonero in Malaga, and the Costa del Sol Occidental, also in Malaga province, thus leaving all the Andalucian Mediterranean Basins – except the province of Granada – in this state.

In June 2021, a similar declaration was established in the territorial units of Campo de Gibraltar in Cadiz province, Viñuela in the Costa del Sol Oriental of Malaga, and Cuevas de Almanzora, in the province of Almeria.

In a statement from the Junta de Andalucia, they explained that the decree also declared the same situation of exceptional drought in the territories of El Condado in Huelva, and the Barbate System in Cadiz.

Common measures were approved at the meeting. Among them is the prohibition of the use of water resources suitable for human consumption in specific situations.

Street washing, the filling of private swimming pools, irrigation of gardens, the watering of public and private parks and golf courses, are all prohibited. As are: car washing outside authorised establishments, ornamental fountains that do not have a closed water circuit, showers, and public dispensers.

The Board reported that it will increase the frequency with which it monitors the volumes of water being consumed by users. Apart from these general measures, the commission has collectively approved specific measures that they will apply individually to each affected area.

For the Western Costa del Sol System, a flow of up to 400 litres per second has been planned, during the months of May, June, July, August and September, which represents a total usage of five cubic hectometres. It has also been approved to reduce the urban water supply by ten per cent, as detailed in the BOJA, once published.

Work is already being done by the Board on the extension of the drought decree, which will allow new actions aimed at mobilising additional water resources for the Autonomous Community of Andalucia.

The Commission for the Management of the Drought of the Andalusian Mediterranean Basins will reportedly convene again at the start of April, as reported by laopiniondemalaga.es.