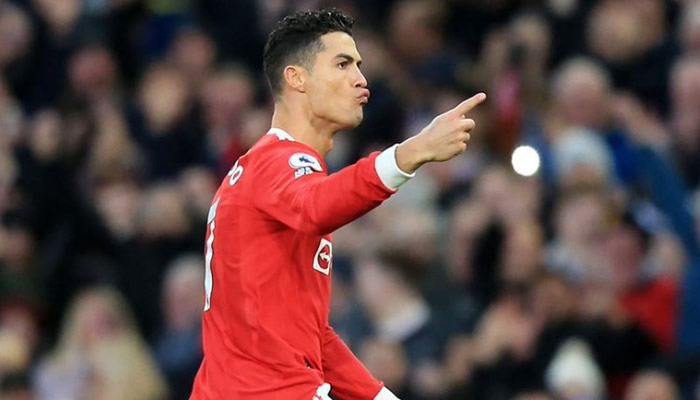 Cristiano Ronaldo reveals tragic death of one of his new-born twins. image: twitter

Portuguese superstar Cristiano Ronaldo has broken yet another goalscoring record with his hat-trick at Old Trafford on Saturday, March 12 against Tottenham. He notched the 805th, 806th and 807th goals of his career, to move him ahead of Josef Bican in FIFA’s list of all-time goals scored by any player.

Controversy surrounds this ‘official’ list of goalscorers, but in 2020, FIFA recognised the Austrian-Czech striker, Bican – who played for Slavia Prague from the 1930s to the 1950s – as the ‘official’ top scorer, with an ‘estimated’ 805 goals to his name.

According to statisticians RSSSF, Bican scored more than 950 goals, but many of those were scored in ‘unofficial’ matches, and reserve games. They place Germany’s Erwin Helmchen at the top, with 987 goals, with England’s Ronald Rooke third, with 929. Ronaldo is in fourth position on their list.

With Ronaldo racking up his 807th goal, the arguments can now end, as he sits on top of the pile as far as FIFA is concerned at least. Saturday’s incredible hat-trick came with him having scored just one goal in his last ten matches, and was only his second-ever hat-trick for Man United in both of his stints with the club. His last one was in 2006 against Newcastle United.

Ronaldo smashed his first goal in the 12th minute, picking up a flick from Fred, before rocketing the ball past Hugo Lloris into the Tottenham goal. England captain Harry Kane pulled the London side level on 35 minutes, with a penalty.

The Portuguese poped up again three minutes later to put the Red Devils back in front, this time sliding the ball home from close range after a Jadon Sancho cross. United were heading for victory until Harry Maguire managed to put the ball into his own net in the 72nd minute.

An Alex Telles corner came across in the 81st minute, and 37-year-old Ronaldo elegantly outjumped everybody to power a header into the Tottenham net for 3-2.

That goal marked the astonishing 59th hat-trick of his career, and moves United into a top-four position again. Ralf Rangnick’s side now have to deal with Tuesday’s round-of-16 Champions League second-leg visit by Atletico Madrid, with the tie evenly balanced at 1-1.