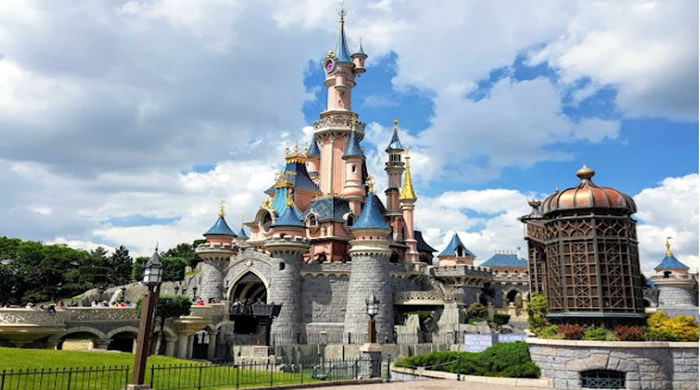 Disneyland Paris opened its doors for the first time on April 12, 1992, introducing a kingdom of happiness, in a fairytale city, located in the purpose-built French resort of Marne-la-Vallee, employing around 16,000 people.

Since that day in 1992, more than 375 million visitors have passed through this enormous 2,230-hectare entertainment complex that includes two theme parks after Walt Disney Studios opened on March 16, 2002. It incorporates seven hotels, the Disney Village dining and entertainment centre, and the largest space for corporate events in Europe.

After two years of partial closures due to the pandemic, Disneyland Paris will celebrate its 30th anniversary in April. Important new novelties will be featured, such as the new shows, ‘Dream… and Shine Brighter!’, and Disney D- Light, a traditional moment at nightfall in front of the Sleeping Beauty Castle.

The Castle has been renovated, and this new show will involve video projections, music, water games, light effects, fireworks, and choreography with drones flying over heaven. The show soundtrack was recorded by a symphony orchestra at the famous Abbey Road Studios in London.

In front of the emblematic castle, are located the new Gardens of Wonder. These are the ten new thematic gardens that include thirty kinetic sculptures recalling Disney characters and films, coming to life to be part of the celebrations. Its creation process lasted ten months, offering a magical walk to visitors.

In its eagerness to provide increasingly immersive experiences incorporating the traditional Mickey, Goofy, Pluto, and company, new characters from Pixar, Marvel, and Star Wars. To enjoy the new Avengers Campus, focused on the Avengers of the Marvel universe, we will have to wait until summer.

The ‘New York-The Art of Marvel’, the first ‘all Marvel’ hotel inspired by figures such as Iron Man, SpiderMan, Captain America, and others, is now open. There are also 59 restaurants, 10 bars, and numerous fast food outlets, as reported by diariodesevilla.es.