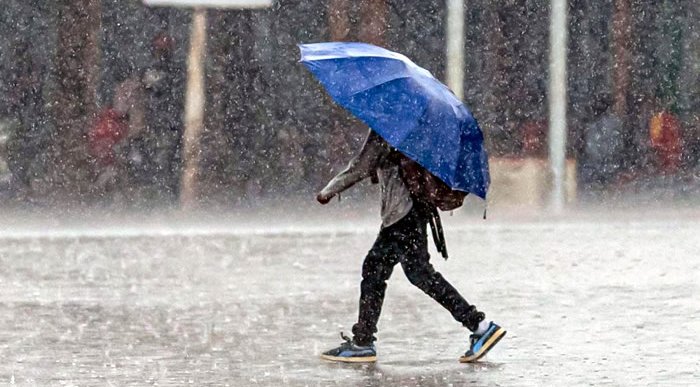 Patricia Navarro, the delegate of the Andalucian government, at 3:21pm this afternoon, Monday, March 14, deactivated the Emergency Plan flood warning that had been in place for Malaga province since last night.

The plan had been activated at 9:49pm on Sunday evening in anticipation of the heavy rains that were predicted to commence around midnight, by AEMET, the State Meteorological Agency. A red alert had been issued by the weather experts for regions of the Costa del Sol, the capital, and the Guadalhorce Valley, with a possible 120l/m² being forecast.

Although that high volume of water was not accumulated during Storm Celia, the levels reportedly came pretty close. Rainfall was more intense in western regions of the province, with figures in the Turon river, in Ardales, exceeding 94 litres in the 12 hours from last midnight to midday today.

The red notice was going to be in force until noon this Monday, but the AEMET lowered the level to orange this morning – with the exception of the Antequera region, which remained at a yellow level – and which has now also been deactivated.

In Malaga capital, the rainfall was more moderate, as was the case in the Axarquia, although it has not stopped raining throughout the night, collecting more than 50 litres by noon in the Limonero reservoir.

Celia also left important snowfall in the Sierra de las Nieves National Park, and the Serrania de Ronda, falling at an altitude of below one thousand metres. Several roads that cross the Serrania were affected as a result, especially the one that joins Ronda and San Pedro de Alcantara. It also snowed at the peak of Los Reales, in Sierra Bermeja.

On Tuesday 15, the skies will continue to be cloudy throughout the province, with intermittent showers, which may occasionally be accompanied by storms. This is more probable on the coastline and the Serrania de Ronda region, but with less intensity on the coastal region of the Axarquia, as reported by laopiniondemalaga.es.