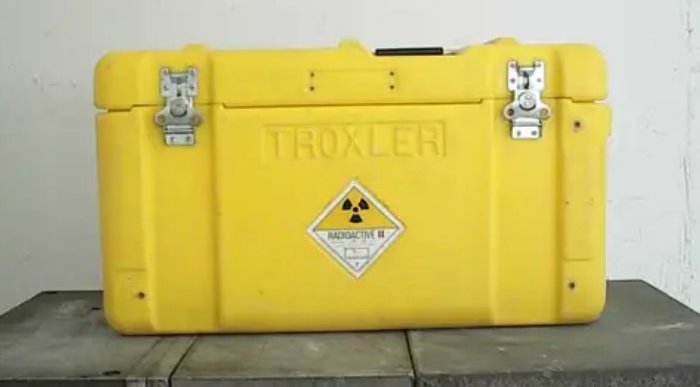 Radioactive device stolen from a vehicle in Madrid

The Nuclear Safety Council (CSN) has reported that a radioactive device has been stolen from a vehicle in the Madrid district of Humanes.

This stolen device reportedly contains category four radioactive sources, and the CSN has clarified that it is “unlikely to be dangerous to people”, as long as it is not opened or destroyed, thus leaving the sources without their protections.

According to a statement from the CSN, the theft of the equipment occurred after the lock on the side door of the van in which it was being transported was tampered with.

The equipment falls into category four established by the International Atomic Energy Agency (IAEA), which classifies a scale of one to five for this equipment, with five being the least dangerous category.

Category four is of “low radioactivity”, according to the CSN, so does not entail radiological risks as long as they remain intact and closed. Radioactive sources are inside, protected and encapsulated. However, risks could arise in the case of opening the container, or destruction of the equipment that would expose the sources.

The stolen equipment is in a yellow coloured container, used for measuring density and moisture in soils from the firm Troxler. It has a metal handle at the top, a glass screen with a numeric keypad, and a metal tube where one of the radioactive sources is housed.

As detailed by the CSN, the equipment and its transport case have radioactive material markings (a cloverleaf with the stamp saying “Radioactive”), and its theft has been classified as level 1 on the International Nuclear and Radiological Event Scale (INES).

Anyone who locates the Troxler equipment is urged by the CSN to avoid handling it and immediately notify the authorities, the police, or the 112 emergency service, as reported by larazon.es.