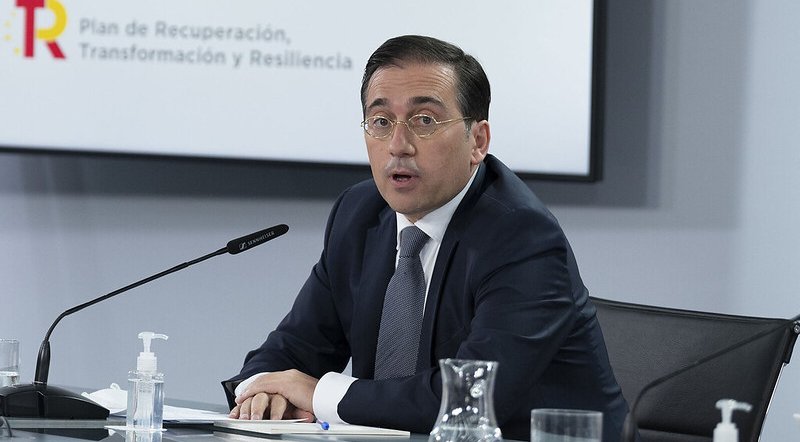 Spain makes an urgent plea to China, who refuses to condemn Russia’s invasion of Ukraine.

SPAIN has made an urgent plea to China, who have once again refused to condemn its close ally Russia over its invasion of Ukraine, citing NATO’s “eastward expansion” for worsening tensions.

Spain’s Minister of Foreign Affairs, José Manuel Albares, has tried to persuade his Chinese counterpart, Wang Yi, to use his country’s influence over Russia to put an end to the war against Ukraine, which comes after China failed to condemn their ally’s invasion.

Albares told his counterpart during a telephone conversation on Monday, March 14 that “we are facing a historic moment that requires from all world leaders a sense of responsibility and vision for the future”.

The telephone conversation served to reiterate Spain’s strong stance against Russia’s war against Ukraine: “Russia has undermined the foundations of peace and stability in Europe, and is already threatening the international community as a whole,” Albares said.

He later noted that “Spain is fully committed to the principles of sovereignty and territorial integrity in Ukraine”.

However, China has refused to condemn the attacks in Ukraine and has repeatedly blamed NATO’s “eastward expansion” for worsening tensions between Russia and Ukraine, which is said to be Putin’s prime security grievance.

Although despite not actively condemning the attacks, China’s Director of Foreign Affairs, Yang Jiechi, said that “China has provided emergency humanitarian assistance to Ukraine and will continue to make efforts to that end.”

Speaking on March 14, Jiechi told US National Security Advisor Jake Sullivan in Rome, Italy, that “China does not want to see the situation in Ukraine become what it is today.”

“The Chinese side always maintains that the sovereignty and territorial integrity of all countries must be respected and the purposes and principles of the UN Charter must be observed,” he said.

“China is committed to facilitating dialogue for peace, and believes that the international community should jointly support the peace talks between Russia and Ukraine for early substantive outcomes, so as to deescalate the situation as soon as possible. All parties should exercise maximum restraint, protect civilians and prevent a massive humanitarian crisis.”