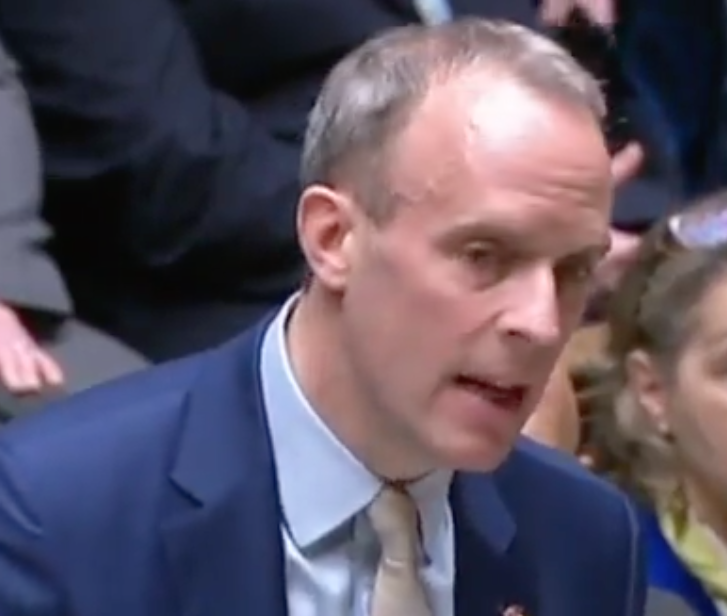 THE UK government has been pressed on asylum issues at the Prime Ministers Questions (PMQs) on Wednesday, March 16.

Dan Carden, Labours MP for Liverpool Walton, pressed Deputy Prime Minister Dominic Raab, who was filling in for PM Boris Johnson, on a wider reform to the asylum system.

“How can the Government now justify not extending the same welcome, and the same right to work, to ALL people seeking asylum in Britain?” Carden said.

The deputy prime minister rather avoided the question, instead referring to past incidents.

“We have shown that we can step up to the plate, with the Hong Kong British national oversees citizens, with Operation Pitting which brought back 17,000 (British nationals and eligible Afghans from Afghanistan following the 2021 Taliban offensive) and we will go further beyond the normal rules when there is a crisis as we’ve seen in Ukraine,” Raab said.

“Ukrainians that come here can live, work and access benefits, they can stay for three years with leave to remain.

“I’m proud and the whole house should be proud, not only of the big-hearted approach from this government but the 100 thousand British sponsors who have come forward and said they will open their homes to those refugees,” he concluded.

Following the question from Mr Carden, one person on social media wrote: “Labour’s just called for everyone claiming to be an asylum seeker to be offered full employment in the UK. Deary me. We might as well rip up the immigration system as they want it bypassed.”

Raab continued to note that the UK government has a “big-hearted spirit” after allowing 5,500 Ukrainians to come to the country.

“We have also shown the big-heart spirit of this government and indeed this nation with the 5,500 visas granted to Ukrainians to come here.”

Leader of the Scottish National Party in the House of Commons, Ian Blackford, said that he has been trying to help the Scottish charity @DniproKids, who have evacuated 48 children from orphanages in Ukraine, and are desperate to provide them with sanctuary in Scotland.

“There is a plane ready in Poland but the blockage is the UK Home Office and I am pleading with them now to stop obstructing the process.”

“I shouldn’t have been sending letters to the authorities in Ukraine and Poland, the Home Office should,” he noted.

The request from Mr Blackford was met with respect from the deputy prime minister, who noted that any red tape was due to “genuine safeguarding issues.”

“I want to thank the honourable gentleman for all he is doing,” Raab said.

Although he wasn’t able to offer help with the plea from Mr Blackford at this time, Mr Raab said: “This isn’t actually about bureaucracy, it’s about genuine safeguarding issues, but I certainly want to work with him in the best interests of those children.”