Recent rainfall has had little effect on Andalucia’s reservoirs 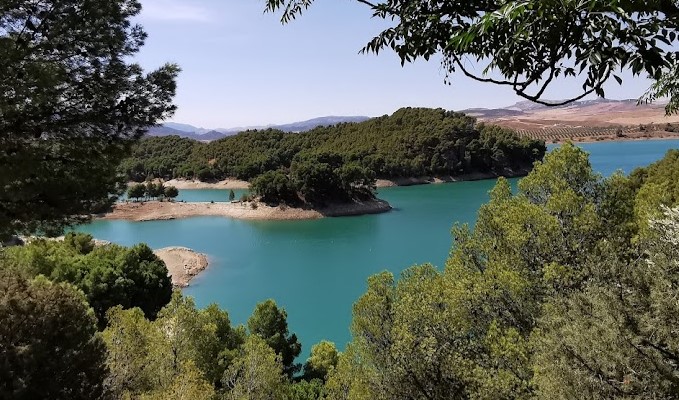 The rainfall brought to Andalucia courtesy of Storm Celia, according to information compiled from the Hidrosur network, of the Junta de Andalucia, has had very little impact on the state of the community’s water supplies in its reservoirs.

Heavy rainfall was experienced in some parts of the province recently, such as Ardales, and Pujerra, accumulating up to 94.4l/m², and 84l/m², respectively, Even so, the authorities say that more rain will be necessary to significantly alter the situation of the reserves with the current situation of exceptional drought.

The Concepcion reservoir, which supplies part of the most populated municipalities of Malaga such as Benahavis, Benalmadena, Fuengirola, Manilva, Estepona and Mijas. is a clear example of the problem. Its reserves have barely increased by 0.8 cubic hectometres compared to last week. This leaves the reservoir still below its average capacity, with 40.95 per cent of the total .

In a similar situation is the Casasola reservoir, which has experienced an increase of 0.10 hectometres. Its level barely exceeds 43 per cent. Viñuela, the one most affected by the lack of rain in recent months, has barely gained 0.9 hectometres.

Conde del Gualdalhorce reservoirs have seen a growth of 1.79 cubic hectometres, and Gualdalhorce with 1.60 more. This is of course beneficial, but nowhere near enough to alleviate the current situation, since neither of them reaches 30 per cent of their capacity.

Incredibly, the irregularity of the showers has meant that not all water catchments have increased. Some, in fact, have decreased compared to the situation of a week ago. These are the cases of the Limonero reservoir, which reports 0.2 cubic hectometers loss; and that of Guadalteba, which has dropped 1.59. Their total capacity stands at 32.01 per cent, still very far from what is desirable.

We have to wait for the runoff to reach the headwaters of the reservoirs in the next 24 hours. Similarly, it is expected that the rainfall in the coming days will gradually reverse the situation, as reported by laopiniondemalaga.es.