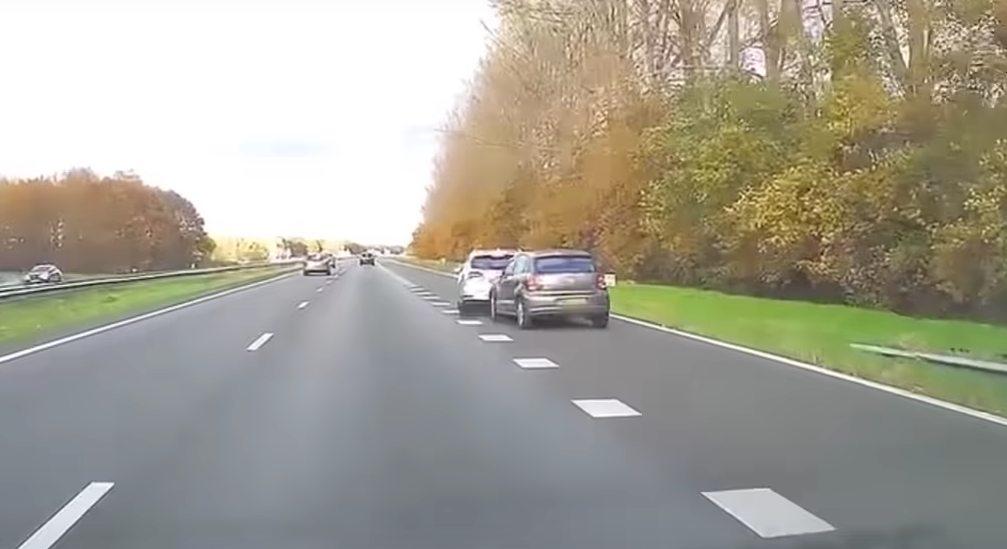 THE man at the centre of a viral video released at the tail-end of 2021, which shows him deliberately causing a motorway crash in order to save a woman’s life, has received a royal honour in the Netherlands.

The video, shared on social media platform Twitter, shows Henry Temmermans risk serious injury to himself in order to stop an out of control car with an unconscious woman behind the wheel.

The video shows an erratic Volkswagen Polo swerving off the road near a junction on the A28 motorway near Harderwijk (Central Netherlands) narrowly avoiding a traffic sign. The car then continues along the grass embankment and enters the slip road that joins the motorway from the right – scrapping the side of the car against the barrier at the side of the road.

Spotting that the car is clearly out of control, Temmermans, driving a Ford Focus, pulls over towards the end of the slip road/slow lane and gets in front of the woman’s vehicle – which results in his car getting smashed into by the unconscious woman’s car, finally bringing her vehicle to a stop.

The video, being filmed by another motorist, ends with the person filming the incident and the heroic Henry stopping to check on the woman.

For his heroic act, Mr Temmermans received a bronze medal of honour for humanitarian aid at the town hall of Nunspeet, the town where he lives, as reported by news outlet gocar.be.

According to the report, the medal of honour is the oldest – and most coveted – Dutch decoration for heroic deeds not performed during a war. It is awarded to people who perform a “humanitarian act that requires courage, politics and self-sacrifice,” according to the site.

“This is no reason for a Royal Decoration,” the modest man said during a ceremony.


“I was surprised with a ribbon, that’s great. It’s very cool and special”, Temmermans said.

Meanwhile, a few months have passed and Henry is driving his own car again, as noted by RTV Nunspeet.

“The car has been repaired. There is a new bumper and a new boot lid,” he said.

The woman was slightly injured although it is unclear as to what caused her to lose consciousness in the first place.