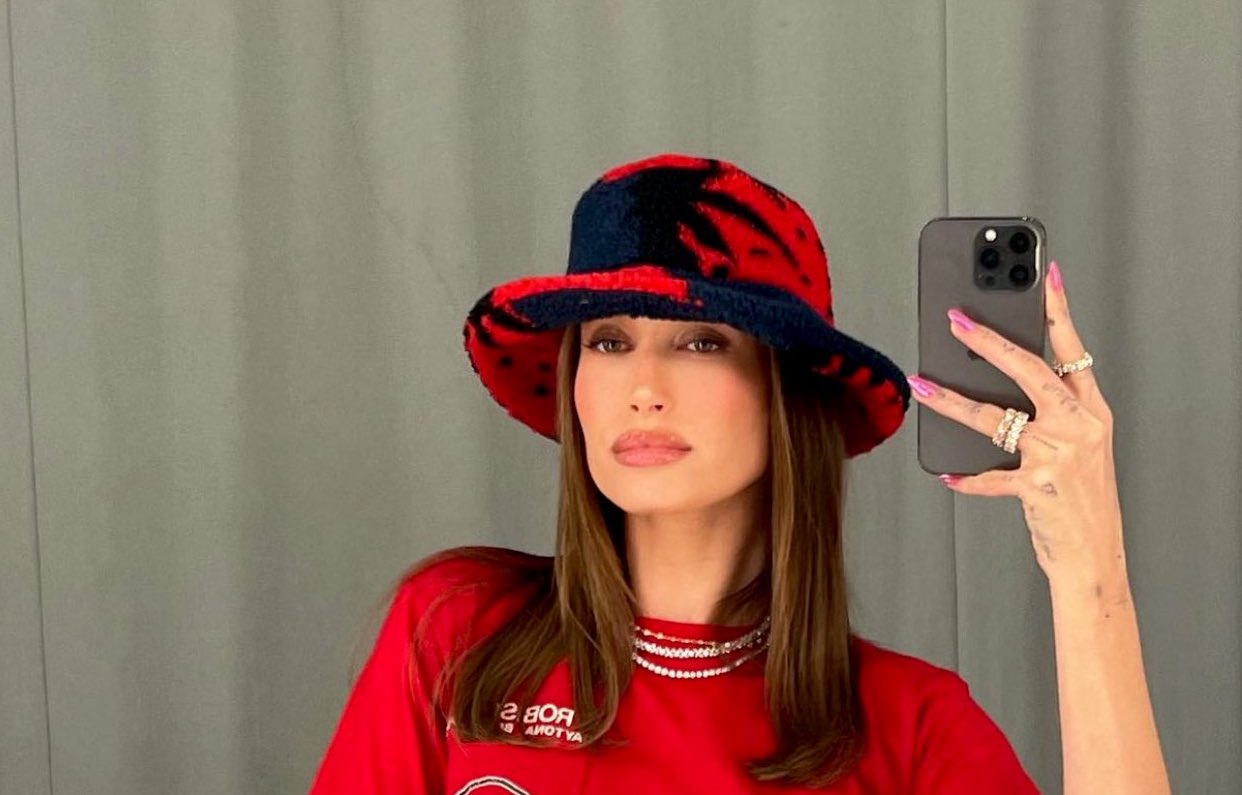 A VASCULAR neurologist has explained that blood clots are happening in “younger and younger people” allegedly because of “unhealthy lifestyles… along with other factors like genetics.”

The revelation comes after Hailey Bieber sadly joined a list of young people who have either suffered or died from the medical emergency.

Over the past year, a number of high-profile cases of blood clots, strokes, seizures and heart problems have been reported, although Dr Shazam Hussain, the director of the Cerebrovascular Centre at Cleveland Clinic, believes that this is normal.

Speaking to People Magazine, Hussain said that “we think of stroke as being something that happens in older ages, but we are seeing it in younger and younger people.”

“It relates, generally, to people having unhealthy lifestyles, maybe not eating as well or not getting in regular exercise, along with other factors like genetics. So it’s important that people don’t just think of it as something that happens to older people. If you’re younger and have those symptoms, you’ve got to get to the hospital,” he said.

Speaking about Covid-19, the virus which many believe is the cause of a new wave of sudden deaths and abnormal medical emergencies in younger people, Hussain told People that while COVID-19 illness has been shown to cause blood clots, “fortunately most people don’t run into that issue.”

Blood clots have become a major worry in sports over recent months and the CDC in the US has now taken to advertising during American Football games.

CDC advert telling you about Sport and how blood clots are suddenly this big issue pic.twitter.com/4OsMhEo2T9

There has also been a push for people to get checked around the world with advertising campaigns running on social media.

One post read: “Blood clots have appeared in the headlines again due to Hailey Bieber, Deion Sanders and Samuel L Jackson experiencing clots recently. It’s important to know that blood clots can happen to anyone – they don’t discriminate. Learn more from the infographic below!”

#Bloodclots have appeared in the headlines again due to Hailey Bieber, Deion Sanders and Samuel L Jackson experiencing #clots recently. It's important to know that blood clots can happen to anyone – they don't discriminate. Learn more from the infographic below! #DVT #PE #VTE pic.twitter.com/RZIPW0F9eB

As noted by the vascular neurologist, those suffering from blood clots appear to be getting younger and younger.

Here are some of the most notable.

23-year-old American world number two golfer Nelly Korda, who won her maiden major with victory at the 2021 Women’s PGA Championship and then won Olympic gold in Tokyo, was been diagnosed with a blood clot on Friday, March 11.

The clot was discovered in hospital after she experienced swelling in her arm following a workout and she is “currently at home getting treatment to eliminate further risks”.

25-year-old Hailey Bieber, the wife of pop star Justin Bieber, took to Instagram to update fans on a recent trip to the hospital following a major health scare.

“On Thursday morning (March 10), I was sitting at breakfast with my husband when I started having stroke-like symptoms and was taken to the hospital,” she wrote.

“They found I had suffered a very small blood clot to my brain, which caused a small lack of oxygen, but my body had passed it on its own and I recovered completely within a few hours.”

32-YEAR-OLD goalkeeper Jasper Cillessen, who plays for Spanish LaLiga side Valencia, underwent surgery to remove an unexplained blood clot from his calf on Tuesday, February 15, as the club admit they do not know where it came from.

The former Barcelona goalie had supposedly recovered from the calf injury he suffered during the game against Sevilla in January and the
club were desperately trying to find out where the clot came from.

According to Spanish media outlet AS at the time, the club were at a loss as to where the blood clot suddenly came from. Cillessen had COVID for a second time in January although, for now, the event has not been shown to be related, the paper said.

Last year in Spain, two National Police officers and an officer from the Guardia Civil suffered blood clots after being vaccinated.

The officers, who were stationed in Valencia and vaccinated with the first dose of AstraZeneca, suffered episodes of thrombosis after receiving the injection. One had a heart attack and one was even found unconscious.

The award-winning presenter at BBC Newcastle developed “severe” headaches a week after having the jab and fell seriously ill a few days later.

“Lisa developed severe headaches a week after receiving her AstraZeneca vaccine and fell seriously ill a few days later,” her family said in a statement.

“She was treated by the Royal Victoria Infirmary’s intensive care team for blood clots and bleeding in her head. Tragically, she passed away, surrounded by her family.”