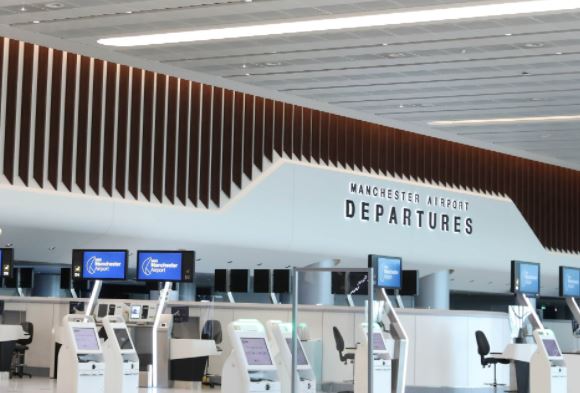 Some passengers even said they had missed their flights. Manchester Airport has apologised for the security issues at Terminal One.

According to Manchester Evening News, one traveller took to Twitter and commented: “Huge queues once again at @manairport. This is for security at T1. It snakes for 200 metres outside the terminal.”

A fellow traveller took two hours to make it through security. The customer had paid for fast-track but this did not seem to make any difference. The traveller tweeted: “Surely Manchester airport is one of the most chaotic in the world. This place is never enjoyable.”

Another passenger complained about the lack of information and said: “Manchester Airport is absolutely horrendous my flight time is now. been here 3 hours not even reached security and worse of all nobody knows a damn thing. No help no info. This is completely unacceptable.”

A spokesperson for Manchester Airport apologised for the delays. The spokesperson commented: “At times today, security queues in Terminal One have been significantly longer than we would like due to a combination of factors. With the rapid recovery of international travel, it has been much more difficult to predict passenger volumes based on the flights that are due to depart.

“Today, we saw more people than we were expecting, which put a considerable strain on our operation. This was compounded by up to 60% of customer bags being rejected as they passed through security because they contained restricted items – a much higher rate than we typically experience.

“Our colleagues have worked tirelessly to process passengers as quickly as they can and we would like to thank them for their dedication throughout the day. We have deployed staff from other parts of the operation to assist in security and, wherever possible, we have prioritised customers within the queue in order to ensure they make their flights.

“We would like to apologise to those impacted by today’s challenges and assure them we are doing all we can to rectify the situation.”

The spokesperson went on to add: “It is likely waiting times will continue to be longer than we would like for the remainder of this evening, and would urge anyone due to travel through Manchester Airport to arrive at the earliest time recommended by their airline and to ensure they are as prepared as they can be to pass through security.”