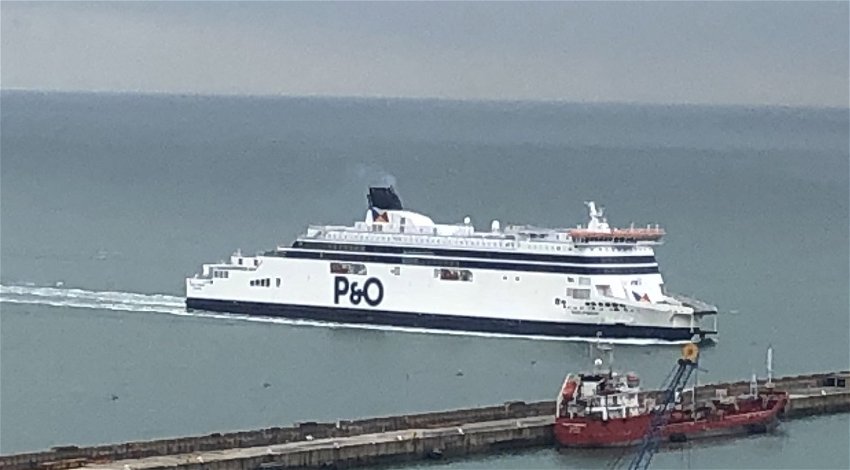 FOLLOWING news on Thursday, March 17, that P&O Ferries had suspended all sailings ahead of a major company announcement, early reports suggest that all sailing staff have received the sack.

LBC News are reporting that all staff sacked will be replaced with foreign staff with immediate effect, according to reports.

The cruise company will instead use agency staff to sail their ships, making all staff redundant.

The Times travel correspondent Ben Clatworthy said: “All staff at P&O Ferries made redundant with immediate effect, with company to use agency staff to sail their ships.”

Shehab Khan of ITV said on Twitter: “Understand that all sailing staff at P&O Ferries have been made redundant with immediate effect. The company will use an agency to keep their ferries running and current staff will be able to apply to the agency for work.”

Responding to the news, Nautilus union chief said: “The news that P&O Ferries is sacking the crew across its entire UK fleet is a betrayal of British workers. It is nothing short of scandalous given that this Dubai owned company received millions of pounds of British taxpayer’s money during the pandemic.

“There was no consultation and no notice given by P&O. Be assured the full resources of Nautilus International stand ready to act in defence of our members. We believe it is in our members’ best interests to stay onboard until further notice.”

Transport Secretary Grant Shapps said his officials were having “urgent discussions” with P&O Ferries after being questioned in the Commons by shadow transport minister Mike Kane.

Mr Shapps said: “I’m working with the Kent Resilience Forum and I’ve just instructed them to become intricately involved and other partners in this, and we’ll be taking steps later today – including ensuring that my officials will be having urgent discussions with P&O about the situation, particularly of concern for their workers.”

Hull MP Karl Turner called the actions “utterly deplorable” stating the move was “predatory practice taking full advantage of the gap in the legislation. I’ve been warning the Govt about this for long enough.”

Earlier on March 17, a company spokesperson said: “We will be making a major company announcement today which, with the support of our shareholder DP World, will secure the long-term viability of P&O Ferries.

“To facilitate this announcement all our vessels have been asked to discharge their passengers and cargo and standby for further instructions.

“That means we’re expecting all our ports to experience serious disruption today so please bear with us and we will give further information in an all-colleague announcement later today.

“If you’re in a customer-facing role further information with follow separately on how we would like you to work with our customers.

“Thank you for your patience and support.”

Shortly afterwards, the MP Karl Turner tweeted: “P&O Ferries have apparently instructed their crews both ratings and officers to tie up vessels as they are making a ‘major’ announcement today.

“This is troubling for crews and their families. I am in contact with ratings and officer unions regarding this.”

Fears that the company was going into liquidation were shot down by the company before the shocking news of staff redundancies was announced: “P&O Ferries is not going into liquidation. We have asked all ships to come alongside, in preparation for a company announcement. Until then, services from P&O will not be running and we are advising travellers of alternative arrangements.”