The REAL Death in Paradise: Red Cross worker murdered on the beach 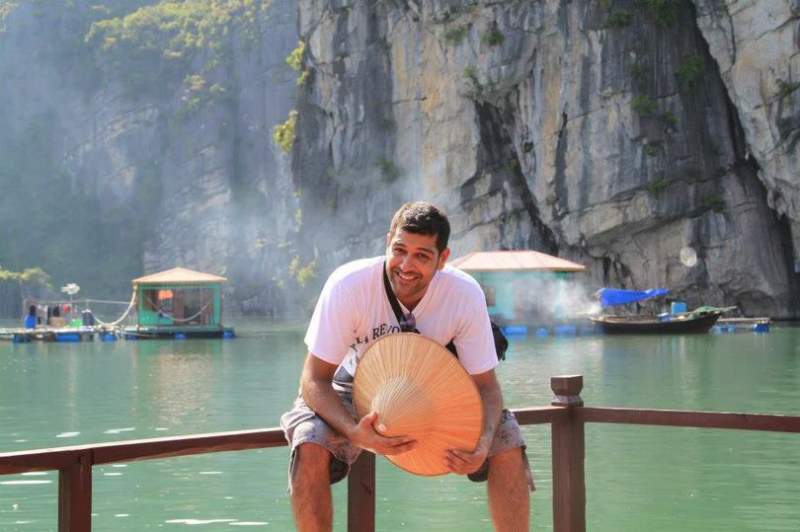 When Khuram Shaikh, a Red Cross worker from Rochdale, was murdered on a beach in Sri Lanka, his family took on the corrupt government to get justice.

Khuram Shaikh, a specialist in prosthetics working for the International Committee Red Cross (ICRC) was based in Gaza City having previously completed assignments in Ethiopia and North Korea. He was brutally murdered while on holiday with a friend in Sri Lanka on Christmas Day in 2011.

His devastating murder in the idyllic Sri Lankan resort of Tangalle brought shockwaves to many and after a two-year campaign to bring his killers to justice, eventually resulted in four individuals convicted and sentenced to 20 years each including a local politician from the ruling party of the Sri Lankan government.

This tragic story is now being re-told in a compelling documentary – “The Real Death in Paradise” series on Discovery+ streaming platform which broadcasted last month on Quest Red channel.

After that Christmas Day in 2011, the Shaikh family would never be the same. Khuram’s brother Nasser and his sister Herra described how they were opening presents and preparing food when they received the phone call that changed everything.

“I remember my father on the call telling me there was someone who needed to speak to me. Strangely, there was a faint crying noise in the background. A police officer then asked me to verify my details and those of my siblings, as he then told me my brother had died.”

“I let out an almighty roar. I couldn’t breathe; I opened the window in the living room to get some fresh air.”

“My wife came running downstairs. She knew something horrible had happened. We were both crying, totally distraught – I realised later the faint crying noise was my mother.”

Having graduated in prosthetics and orthotics at Salford University, Khuram started his career in Dublin, Ireland before moving to ICRC helping people who had lost their limbs in war zone areas. He was used to seeing conflict and always strived to help those in need – but he would tragically pay the ultimate price for his selflessness.

When Khuram saw a hotel worker being attacked by a gang of men who unexpectedly and uninvitingly arrived at a private Christmas function for residents of the hotel, he stepped in to help. The gang shot and stabbed Khuram to death and brutally raped his female companion.

“We felt there must have been mistaken identity, and that there was some misunderstanding in the information given to us, that he was still alive,” Nasser said.

“He was on holiday. He had gone to a safer place than where he was working. We were expecting a call from him to wish us a happy Christmas.”

Unfortunately, it wasn’t a case of mistaken identity. Khuram was buried on January 6 2012 after Nasser and a friend flew out to Sri Lanka to repatriate his body.

“It was important I flew out to bring my brother back, as we couldn’t understand why there were delays following a post-mortem.”

“There was much debate within the family of who should support my travel out as many felt it was unsafe. I decided to agree for a close friend, then work colleague, Anthony Smith to travel out with me having had the blessing of his parents – to this day, I am deeply thankful for this.”

One year after his death, Khuram’s murderers had still not been charged, despite assurances from local authorities – and the Shaikh family knew something was wrong.

“I decided enough is enough now, as we had named suspects and Ministers had given us their word yet all the suspects had been granted bail with no further investigation or any sign of a trial date. It felt I had been given all but warm words of condolence,” Nasser said.

The family started a campaign to get justice for Khuram, with Nasser speaking out to newspapers and media outlets and held his own press conference in Sri Lanka with the help of Simon Danczuk, then, Labour Party MP Rochdale and advisor Matt Baker who both travelled with him – motivated by the injustice in Khuram’s case and other human rights issues in Sri Lanka that had not been brought to light.

“I set up a Facebook page for the campaign, and started to post all the various articles I found to keep friends, family, and work colleagues of Khuram from around the world up-to-date.

“I devoted every minute to the campaign. My journey to and from work, then evenings and weekends were spent on research and what steps we need to take next. it really was a second job in itself.”

“It was important I showed a professional persona in front of the camera and kept emotions away in interviews as I wanted to remain strong and focused not just for myself but as the face of the campaign.”

Simon Danczuk had provided support to the family throughout their campaign and when Simon raised the unsolved murder in parliament in 2013, things began to change. The MP convinced the then UK prime minister, David Cameron, to take the case up with the impending Commonwealth Heads of Government Meeting (CHOGM) being hosted in Sri Lanka later that year.

Mr Cameron agreed to bring this up directly with the Sri Lankan President, Mahinda Rajapaksa.

Finally, in 2014, four men were found guilty of culpable homicide, attempted murder and multiple other charges and were each sentenced for 20 years – one of them was local Sri Lankan politician Sampath Vidanapathirana.

“When they were finally sentenced, I did feel a sense of achievement after what we had to go through for two-and-a-half years. Even after a trial date had been granted soon after CHOGM, it was adjourned soon after and there were many more attempts to quash this hearing from witness intimidation to tampering of DNA evidence, to the government handing out a promotion to the Judge mid-way through the trial.”

“It was unbelievable what attempts were made. Astonishing! and our Facebook justice page shows it all. I did expect them to get life.”

“Looking back now, I realise the enormity of our achievement and against all odds. But it is important this is not etched in history as a landmark victory. I hope it has changed the country for the better, kept tourists safer and given hope to their local community to achieving justice and answers they crave – it was a symbolic moment.”

Although Khuram’s killers are finally behind bars, Nasser says that there is no such thing as closure after the trauma they suffered. His parents, especially his mother struggles to come to terms with it.

“She’s got better over time, but the improvements are minimal. For her, it’s how to manage and cope with the loss. No parent should have to go through such an ordeal in unnatural cause of death.” he said.

“It’s changed us all, our outlook on life, that jovial, happy environment isn’t there, unfortunately.”

“We find it difficult to be happy; to smile; to laugh, yet people say ‘time is a great healer’, I’m not sure it is.”

“We feel guilt. Especially in the first few years, in moments of laughter, you soon felt guilty and the atmosphere would become subdued very quickly. Move on 10 years, and our laughter and happiness is still very contained. It’s changed us for sure, and it’s sad to see that we aren’t the same people anymore.”

On whether Nasser wishes his brother had not gone to Sri Lanka or tried to intervene in the hotel fight, he said: “I never think back and blame Khuram for helping someone else.”

“What Khuram did was right as a human being. What the others did to him as human beings was utterly wrong and despicable. I do wish Khuram had known a little more about the country and the undercurrents that exist with locals politicians, and those with who abuse their authority, and think they’re beyond the law.”

“But I knew it was in his DNA and it was the right thing to do. If that situation came up again, I would expect him to do the same.”
As part of Khuram Shaikh 10 year anniversary, the family have participated in a new documentary series for Discovery+ which has recently been aired on Quest Red ‘The Real Death in Paradise’.

“It’s important people have the knowledge before travelling and having read many stories in the media, it was evident that near-misses still perpetuate in Sri Lankan society. Tourists would file a complaint and the police would do nothing.”

“Khuram did not deserve what happened to him and the repercussions. We have a duty to share such tragic stories so we can provide wider information for people to make informed decisions and not be blinkered in glossy holiday travel brochures.”

“It’s important that Khuram story lives on and is not solely a landmark victory. History should not repeat itself and unfortunately, I am never convinced that countries with poor human rights record take all the necessary actions for significant change, as that requires re-education, and the will to adapt.”

“This documentary is another avenue to ensure people know of the tragedy, the aftermath it can leave with grieving families and to raise awareness of what can happen where rule of law is not applied or is abused.”

“Feedback on the documentary has been overwhelming allowing us to continue the challenging conversations to bring change and support other grieving families who have lost loved ones abroad.”

Nasser Shaikh speaking on the legacy left behind.

“Many students will embark on the same journey at University of Salford as my brother did and the degree he loved so much. I hope his story inspires so many to go beyond their dreams and help others less fortunate in the world of prosthetics.”

“Many patients will get to know the amazing work he did for International Red Cross at the Artificial Limb & Polio Centre through the technical vision he displayed in the rehabilitation room for treatment and recovery which was inaugurated by the Mayor of Gaza.”