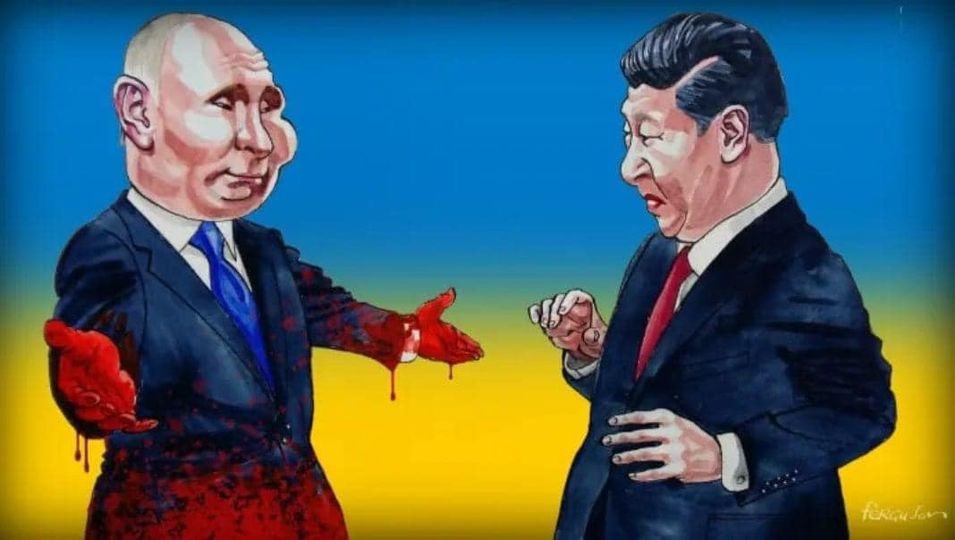 The leaders of the two largest economies in the world, Biden and Xi, held a two-hour video call on today March 18 to discuss the crises in Ukraine. According to Chinese state media the call was asked for by the US President.

Biden was expected to tell the Chinese leader that Beijing would pay a steep price if it supported the invasion, whilst Chinese media said President Xi Jinping underlined that such conflicts are in no-one’s interests.

“China needs to stand on the right side of history. It needs to ensure that it does not backfill, financially or in any other way, sanctions that have been imposed on Russia.”

Xi apparently said that: “State-to-state relations cannot advance to the stage of confrontation, and conflicts and confrontations are not in the interests of anyone.

“The Ukraine crisis is something that we don’t want to see.”

Relations between the two countries have become strained with a Chinese aircraft carrier sailing through the sensitive Taiwan Strait, whilst being shadowed for much of the way by the USS Ralph Johnson, an Arleigh Burke guided missile destroyer.

Fears are that China, who claims democratically ruled Taiwan as its own, is watching the situation in Ukraine with interest having stepped up its military activity near the island to assert its sovereignty claims.

U.S. Secretary of State Antony Blinken speaking on Thursday March 18, said the Biden administration was concerned China was considering directly assisting Russia with military equipment for use in Ukraine. Beijing has denied this.

The war in Ukraine has added a new front in a U.S.-Chinese relationships which are its lowest level for some time, further deflating Biden’s initial hopes of easing a wide range of disputes by using a personal connection with Xi that predates his term in office.

Washington is anxious to avoid a new “Cold War” between the two super powers, seeking instead to define the relationship as one of competitive coexistence. However, China’s “no-limits” strategic partnership with Russia announced last month and its stance on Ukraine has called that into question.

So far China has refrained from condemning Russia’s actions as it has from calling it an invasion, instead choosing to censor online content that is pro-West or unfavourable to Moscow.

Although it has urged a diplomatic solution to the conflict, the country has said Russia had legitimate security concerns that needed to be addressed.

Analysts say China is unlikely to turn its back on Russia over the conflict in Ukraine. Although their diplomatic efforts appear to be even-handed, their close relationship with Russia is likely to cost Beijing goodwill in many world capitals.

However, Zhao Lijian, a spokesman for China’s foreign ministry, said: “Those who really feel uncomfortable are those countries that think they can lord it over the world after winning the Cold War, those that keep driving NATO’s eastward expansion five times in disregard of other countries’ security concerns, those that wage wars across the globe while accusing other countries of being belligerent.”

China’s ambassador to the United States, Qin Gang, has claimed that China would have worked to prevent the war if it had known about the “imminent crisis.” This has been disputed by the New York Times who say Washington shared intelligence with senior Chinese officials on Russia’s troop build-up in an effort to convince Beijing to intervene with Putin. According to the newspaper US intelligence officials were rebuffed.

No evidence of the US’ claim that China has signalled a willingness to help Russia has been provided, with Moscow denying asking China for military assistance. China’s foreign ministry has dismissed the claims calling the idea “disinformation.”

In contrast to the rebuttals by China, Russian Finance Minister Anton Siluanov this week said that Moscow was counting on China to help it withstand the blow to its economy from punishing Western sanction.

Although Biden and Xi have good history and have held a two-hour video call, all the evidence is increasingly pointing to a return to the distant relationships of the cold war. That can only be damaging to the world economy and to people on both sides of the fence.