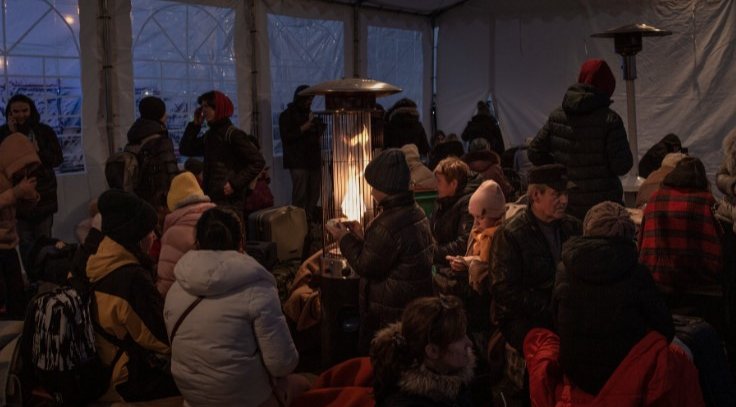 After leaving Barcelona last Wednesday, March 16, heading for Poland, the first part of a convoy of buses has arrived at the border with Ukraine today, Friday 18. The plan is to transport 400 refugees to safety in Spain.

Made up of five buses and several vans, the caravan consists of volunteers, translators and health personnel. As reported in a statement, this initiative was launched by the La Caixa Foundation, whose Volunteer Association is working together with other private companies and social entities.

Also part of the convoy – which travelled more than 2,700km to its destination – is Sister Lucia Caram, a nun, and director of the Santa Clara Convent Foundation located in Tordesillas. She is accompanied by Father Angel, president of Messengers of Peace.

The fleet of vehicles finally reached its destinations, the towns of Tarnow, Rzeszow and Przemysl, on the Polish-Ukrainian border, after about 30 hours of travel. They plan to set off back to Barcelona on Sunday 20. A second convoy is then scheduled to travel again from Spain to Poland on Wednesday, March 23.

According to the statement, some of the refugees who will be evacuated to Spain are relatives of employees of the banking foundation. This indicates that the initiative is being coordinated with the institutions to offer help to the maximum possible number of refugees.

Yesterday, Thursday 17, another fleet of thirty taxis arrived back in Madrid. They had travelled to Poland with essential supplies and then returned with 135 Ukrainian refugees.

A report today from the UN Refugee Agency (UNHCR), estimated the total number of refugees who have left Ukraine since the beginning of the Russian invasion on February 24 to already be more than 3.27 million, as reported by diariodesevilla.es.