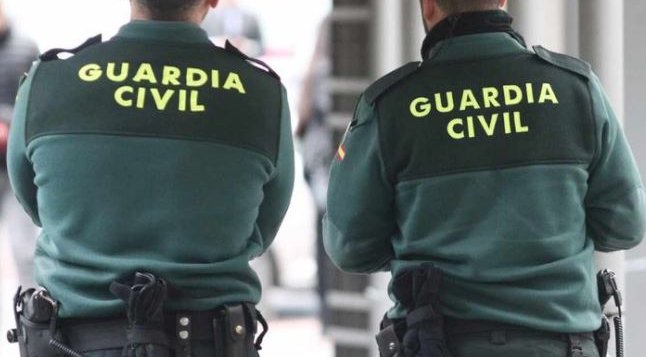 Guardia Civil officers have arrested a couple in Granada province. Specifically, the detainees are a 38-year-old man and a 34-year-old woman. They have been detained as the alleged perpetrators of several crimes of robbery with force in two houses in the municipalities of Albolote and Alfacar.

What stands out in this crime is the fact that the couple had used a four-year-old child to enter and rob the properties. A third robbery was also carried out in a petrol station in Alfacar.

As detailed in a statement from the force, their investigations discovered that the detainees had involved this child under four years of age to assist in their robberies. The child would allegedly sneak into the houses and subsequently open the doors from inside for them to enter and carry out their robberies.

Their first such robbery occurred at an Alfacar petrol station on February 14. The detainees allegedly forced open a cage containing butane cylinders and stole six of them.

Subsequently, on February 19, 2022, they are accused of robbing a home in an Albolote urbanisation, where they reportedly forced the front door and seized appliances.

Finally, on February 21 they allegedly robbed a house in Alfacar. On this occasion, they are believed to have used the little to gain access to the house and open the door for them. In this incident, gardening and DIY tools were stolen.

Officers from the Maracena barracks identified the alleged perpetrators of the robberies that occurred in Alfacar thanks to images recorded by two security cameras. In these images, a ‘very characteristic’ sports car is seen, which is the same one that a witness reported seeing in Albolote the same day of the robbery.

One of the detainees was also seen waiting inside the vehicle, and then the second one getting into the vehicle, with both rapidly fleeing the location in the car, as reported by granadadigital.es.