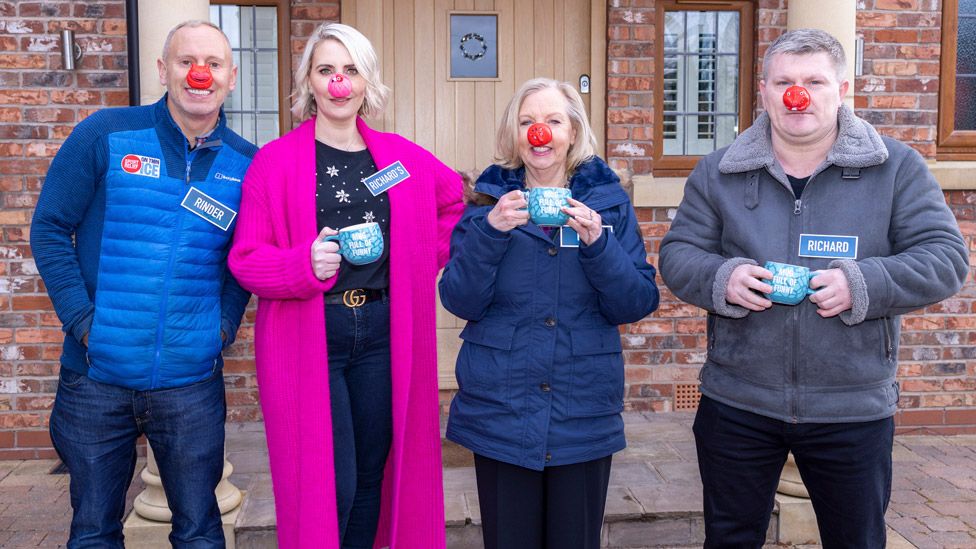 Despite rising living costs and the after effects of the pandemic, the British have once again opened their wallets and purses as Red Nose Day raises £42m (51m euros) for charity. By contrast £55m (65m euros) was raised in 2021.

Importantly organisers have said that some of the money will benefit organisations providing aid in to those affected by the war in Ukraine.

Broadcast from the BBC studios in Salford for the first time, the show included a star studded line-up with comedy sketches by Dawn French and Jennifer Saunders, Matt Lucas and David Walliams amongst others.

A number of stars had to pull out of the show due to Covid-19 including host Zoe Ball, Kylie Minogue and Joel Dommett.

The show was started with those presenters who could make it sending their love to Ball, with actor David Tennant saying: “We will miss you tonight Zoe, we are sending you loads of love.”

Ball had said she would be “watching & supporting from bed”.

Minogue told followers she wouldn’t be able to take part in a planned sketch with the cast of BBC sitcom Ghosts, whilst the event’s co-host Dommett said he was “super annoyed” to have caught the virus before Red Nose Day.

Dommett was replaced by Vernon Kay, while Ball said Alesha Dixon would “work the double shift tonight” to fill in for her.

“I owe you lady love,” she told her on Twitter.

Amongst the other presenters were stalwarts Sir Lenny Henry, Tennant, AJ Odudu and Paddy McGuinness, each taking their turn in a show that lasted nearly four hours.

Top of the donations was Tom Daley’s Hell Of A Homecoming challenge, in which the Olympic diver rowed, swam, cycled and ran for 290 miles (464 Kms) over four days from London to his hometown of Plymouth, which raised £1,027,111 (1,223 million euros).

In a year that so many donations have already been called for and with the cost of living rising rapidly, one can only congratulate the Red Nose Day team who raises £42m for good causes.