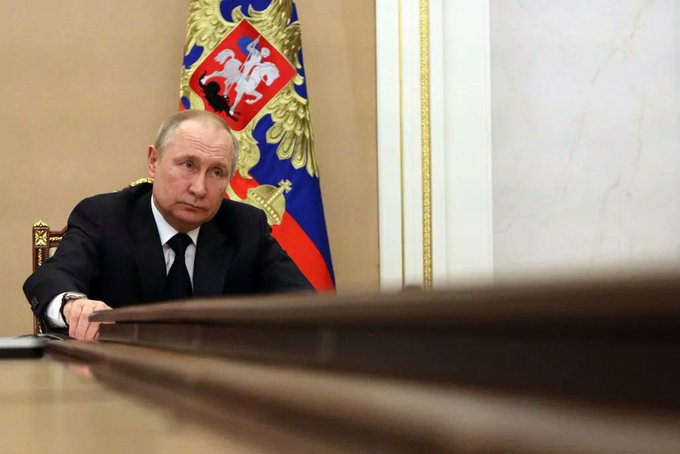 A Russian mum who has been separated from her Brit husband by the conflict in Ukraine, tells of the Russian people’s growing panic in an interview with the Metro.

The woman Sofia (not her ral name), is outraged by the invasion and is fearful that her son will be conscripted into a war that she does not support. The sanctions implemented by the West have affected her directly having applied for a spousal visa to join her husband, but now unable to because of air route closures and bureaucratic wrangles.

She told the Metro that life in Russia has been affected on many fronts, with the suspension of electronic payment systems such as Visa and Mastercard cutting financial support from her husband, shortages in the shops, and the steep fall of the rouble.

According to Sofia she is getting by with the help or her son but he too is feeling the financial strain from the costly invasion.

She said: “Panic among the people now prevails in Moscow and Russia.

“Imported goods have become much less and most stores have closed. While payment systems work only in banks that have not been sanctioned.”

The Moscovite, who is 48-years-old, has reverted to ‘old ways’ to try and save money, including making food go further by cooking stews saying: “People’s lives are getting worse and worse.

“Prices for goods are rising and the range of goods in stores is decreasing.

“My only income is support from my husband and son. Since transfers from other countries are limited and my husband cannot send me money, I will save on food and utilities such as water and electricity.

“Many people have begun looking for an opportunity to leave Russia and the lawlessness of the government. If I can leave, I will.”

Sofia and her English partner married in June 2021 and have regularly visited each other since, however with the suspension of flights they are unable to see each other.

Her husband, a financial services manager who lives near London, told the Metro that he had not been getting responses from UK Visas and Immigration since the invasion began almost four weeks ago.

He said: “We’re stuck! We’ve submitted our spousal visa, paid the money and she’s done the biometrics, but as soon as you mention Russia the line goes cold. There are also restrictions preventing people from leaving or entering Russia – even at train stations linking to airports.

“They say air routes are open, but the only ones we could find were via Belarus, which has since had flight bans imposed, or would need her to get the Schengen transit visa. In Moscow, there are queues outside the few banks left open and it’s very difficult to get money out.

“She’s started going into old ways, freezing food and making stews, to make her money go as long as possible.

“She’s taking Valium because she’s been near-breakdown with everything that’s going on. It’s frustrating that I can’t do more to help her.”

Fears are growing in Moscow that young men will be called up for a war that has claimed more than 7,000 Russian lives to date, according to US estimates.

She said: ‘I do not want my son to participate in this war.

“I am against war, I want peace and tranquillity. I don’t understand why the Russian people, who want to live in peace, should take part in this war.

“All my friends and relatives are against the war.’

Sofia, said that they are not politically active and even the pandemic had not restricted her husband’s ability to come and see her. But with the fear growing and the war prolonged she is ready to defy the Kremlin’s iron rule.

She said: “I still can’t believe that Putin took this step.

The growing panic of the mum who tells the Metro that she has been separated from her Brit husband is a reminder that Putin’s war is not only affecting those in Ukraine, but that the effects of the war of being felt in Moscow as the government cracks down increasing the level of panic amongst normal citizens.