Fury over Johnson’s claim Ukraine fight is like Brexit 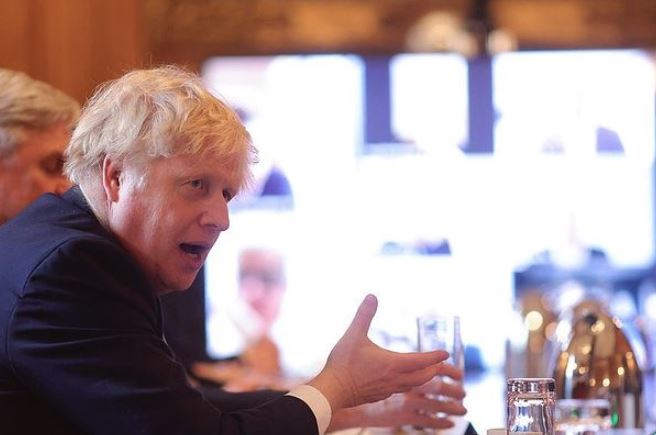 Fury over Johnson’s claim Ukraine’s fight against Russia is like Brexit.

Prime Minister Boris Johnson sparked fury across Europe after his Brexit comments at the Conservative spring conference in Blackpool. The PM compared Ukrainian resistance to Russia to the UK deciding to leave the EU.

Mr Johnson believes that the world faced a choice “between freedom and oppression”.

He commented: “There are some around the world, even in some western governments, who invoke what they call realpolitik. And you say that we’re better off making accommodations with tyranny.”

Mr Johnson went on to add: “And I know that it’s the instinct of the people of this country, like the people of Ukraine, to choose freedom, every time. I can give you a couple of famous recent examples. When the British people voted for Brexit, in such large, large numbers, I don’t believe it was because they were remotely hostile to foreigners. It’s because they wanted to be free to do things differently and for this country to be able to run itself.”

Politicians were shocked by the comments that suggested the EU is something to be escaped from. Several weeks ago Ukraine applied to join the EU.

Ukraine’s president Volodymyr Zelensky recently said: “Our goal is to be with all Europeans and, most importantly, to be equal,

Astonished at Mr Johnson’s comments Donald Tusk the former president of the European Council stated: “Boris Johnson likens Ukrainians’ fight to British people voting for Brexit. I can still remember the enthusiasm of Putin and Trump after the referendum. Boris, your words offend Ukrainians, the British and common sense.”

“Ukrainians want more freedom and to join the EU.”

Speaking to The Observer ex-deputy prime minister Lord Heseltine said: “Boris Johnson cannot escape his responsibility for the disasters of Brexit by a cynical exploitation of the incredible bravery of the Ukrainian people. Millions of Conservatives will be ashamed at so flagrant an attempt to exploit the horrors we see every day for party advantage.”