China Boeing 737 nosedived at 560kph into the ground 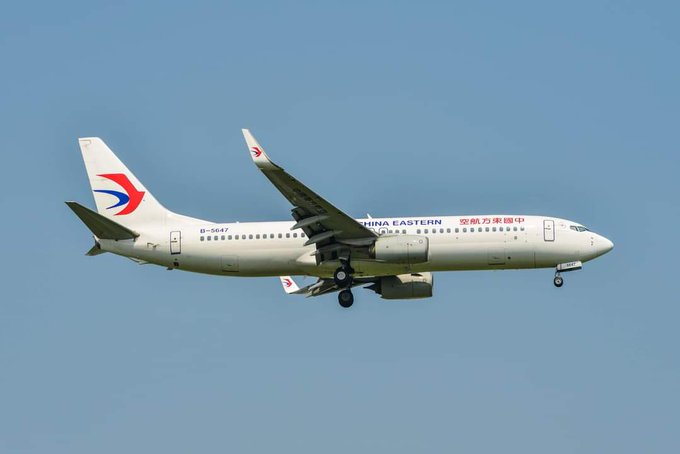 China Boeing 737 nosedived at 560kph into the ground Source: Twitter

The Boeing 737 that nosedived into the ground today March 21 killing all 132 people on board, was travelling at 560kph when it hit the ground according to flight data.

The accident, which crashed into a mountainous area in southern China, looks set to be the country’s most deadly plane crash for decades.

The plane of route from the city of Kunming to Guangzhou plunged into a thick forest of bamboo on a hillside in Guanxi province.

Unverified videos circulating on social media appear to show the aircraft streaking into the ground in a nose-down vertical position. U.S. government-backed Radio Free Asia reported that the video was captured by CCTV at a mine.

China Eastern Airlines said: “Can confirm the plane has crashed,” adding in a statement that a special hotline for passengers’ relatives was being set up.

The Civil Aviation Administration of China (CAAC) said the aircraft, with 123 passengers and nine crew aboard, had lost contact over the city of Wuzhou.

Chinese President Xi Jinping expressed his shock at the news and called for an “all-out effort” in the rescue operation. But according to a firefighting official quoted by the state-run People’s Daily newspaper, there was no sign of life among the debris.

China’s last fatal airliner accident is thought to have been in 2010, when an Embraer E-190 jet flown by Henan Airlines crashed on approach to Yichun airport in low visibility. Forty-four of the 96 people aboard were killed.

Mainland China’s most deadly crash was in June 1994, when a Tupolev TU-154 broke up in mid-flight, killing all 160 people aboard.

The Boeing 737-800, is a narrow-bodied single-aisle commuter plane, that has been in service since the mid-1990s with roughly 5,200 planes being delivered before it was phased out two years ago.

China Eastern has more than 100 of the Boeing 737 planes, which it has now grounded while Monday’s crash that saw the aircraft plunging at 560kph into the ground, is investigated.