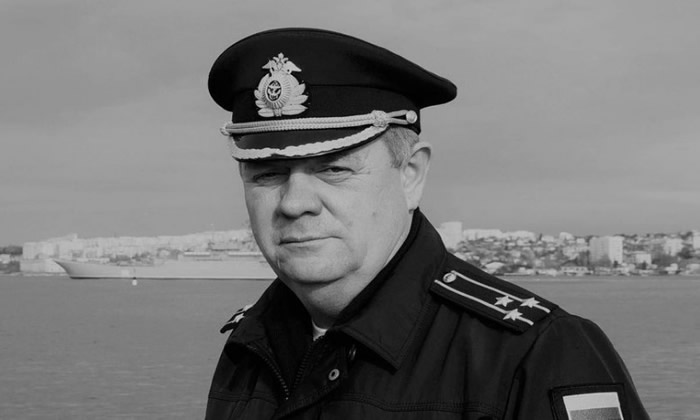 Another high ranking Russian military officer has been killed by a sniper today, Sunday, March 20, according to Ukrainian authorities. Captain 1st Rank, Andrei Paly, was the 51-year-old deputy-commander of Russia’s Black Sea Fleet, based in the port of Sevastopol, in Crimea.

Paly becomes the first officer of the Russian Navy to be killed in the war. Although there was initially no official confirmation by the Kremlin, Russian state-owned agency Ria Novosti reported his death, citing Sebastopol senator Yekaterina Altabayeva.

“Sevastopol suffered a great and irreparable loss,” Altabaeva reportedly wrote on her Telegram channel. Ria Novosti added that Paly died in the battles for the ‘liberation’ of Mariupol. His death was later confirmed by the former Commander-in-Chief of the Russian Navy Vladimir Masorin.

Paliy’s death also appeared to be confirmed by a Russian friend, Konstantin Tsarenko, secretary of the public council of the Sevastopol Nakhimov Naval School. One account said that he had been involved with Russian marine attacks near Mariupol. However, the exact circumstances of his reported death are not known.

Paliy graduated from the Higher School of Naval Policy in Kyiv in 1992. In 1993 he refused to take the Ukrainian military oath and instead, went to serve in the Russian Navy, joining the Northern Fleet.

He was subsequently assigned to the Russian nuclear missile launcher ‘Peter the Great’, and served as deputy director of the Sevastopol Naval Academy. In August-September 2008 he participated in the operation to force peace in Georgia.

This latest alleged blow to Putin’s military came on a day when Russia claimed to have hit a training facility for foreign fighters, killing more than 100 special forces personnel, along with non-Ukrainian mercenaries.