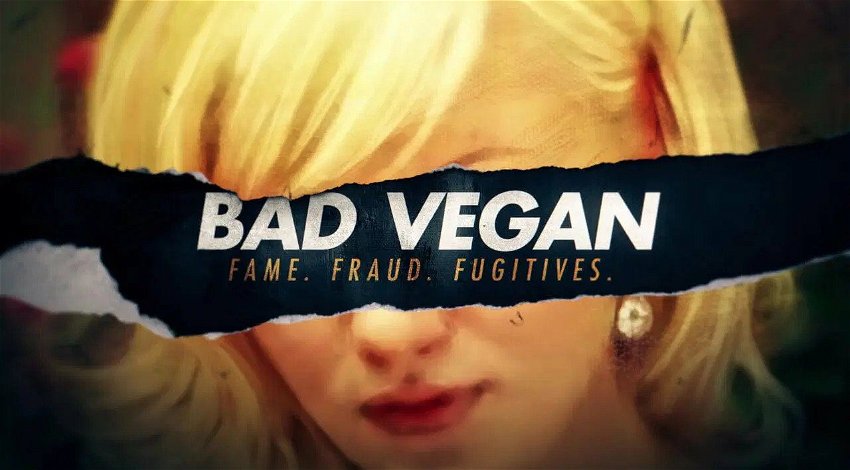 Bad Vegan: Fame. Fraud. Fugitives tells the bizarre criminal case of Sarma Melngailis, the “it” girl whose celebrity-favourite restaurant was known for bringing vegan food to the masses in New York City before her very public downfall. This series has a minuscule 28 per cent audience rating on Rotten Tomatoes, however, I think it deserves much higher than this.

Vegan superchef Sarma Melngailis opened her popular NY restaurant Pure Food and Wine before meeting a man online who promised, through a bizarre sequence of gaslighting and brainwashing, to make her beloved dog Leon immortal. Very similar to Netflix’s The Tinder Swindler, Sarma and her mother end up handing over millions of dollars to Anthony Strangis, aka Shane Fox, who called himself a black-ops specialist.

Telling Sarma that he was in some sort of “danger”, Strangis gaslighted Sarma to the point of her pulling money from her extremely successful restaurant, leading to her defrauding her staff. The story is told by Sarma herself and her former members of staff, and we hear first-hand how Strangis made her believe he was part of some sort of alternate spiritual world where ethereal beings are watching their every move and can somehow make Sarma’s dog immortal – leading to the couple disappearing on the run for months.

We find that Sarma isn’t Strangis’ only victim and that he previously attempted to convince his ex-wife to poison their child with salt. Told in her own words, his ex-wife is startling proof that Sarma hadn’t gone completely mad in believing Strangis and also highlights how it can be so easy for abusers to hide their motives and convince others.

The story is a frightening look at manipulation, brainwashing and psychological abuse. Sarma is a likeable person whose staff adored her until she met Stringis and lost her sense of self and ultimately her successful business.