Fishermen on strike in Spain 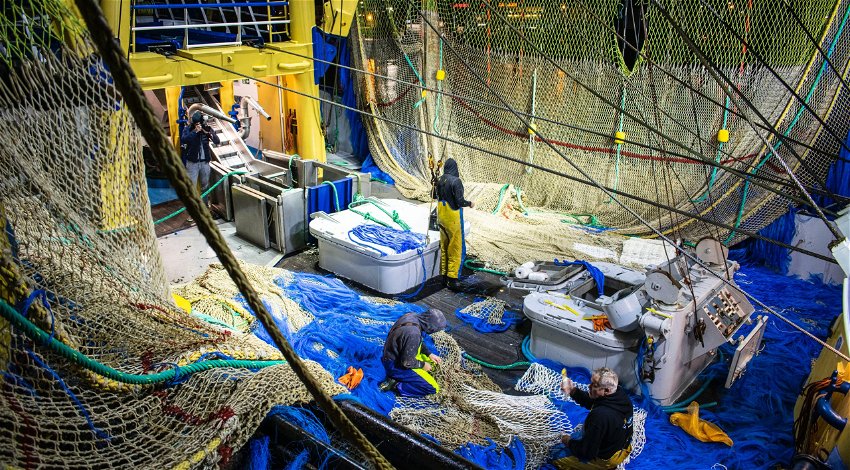 Fishermen on strike in Spain. Credit: Photo by Paul Einerhand on Unsplash

Fishermen on strike in Spain.

FISHERMEN in Spain are on strike today (Monday, March 21) due to a rise in fuel prices. The stoppage affects some 200 fishermen’s associations and 40,000 members, of which 9,000 are boat owners.

The Spanish fishing fleet will remain moored in port until at least Wednesday, March 23 when representatives of the National Federation of Fishermen’s Guilds are scheduled to hold a meeting with the Minister of Agriculture, Fisheries and Food, Luis Planas, to discuss the rise in fuel prices and how the Spanish government will help the sector.

Help has already been announced for fishermen in France, Italy and Portugal.

“The sustainability of the fishing sector is now in the hands of Minister Luis Planas,” the statement released on Friday, March 18 said.

The president of the National Federation of Fishermen’s Guilds, Basilio Otero, has called for “firm, forceful or immediate proposals because otherwise, the fishing sector is going to collapse”. The fishing fleets in several areas and some fish markets had already halted their activity last week.

“Diesel prices have overwhelmed us. We don’t want to go to sea to only pay for fuel,” Otero said on March 17. He also explained that the sector has asked for aid for the payment of social security and port taxes. The National Federation of Fishermen’s Guilds also stated that European funds have remained unused.

It is believed that the Ministry of Fisheries is backing European measures to try to alleviate the costs suffered by the sector as a result of the rise in fuel prices, however, nothing has been put into place yet, causing frustration for many among Spain’s fishing industry.

The fishermen of the Balearic Islands have also begun three days of strike action in protest against the uncontrolled rises in fuel prices.

The president of the Balearic Federation of Fishermen’s Guilds, Domingo Bonnín, made the decision after news on Friday, March 18 that emergency measures that had been officially announced by the governments of France, Italy and Portugal with bonuses for diesel for professional fishing – which has not been the case in Spain.

Bonnín said on March 18: “We received information that the French government had decided to subsidise diesel for professional fishing with 30 cents per litre, then we received similar news from Italy and from Portugal, and that precipitated everything on Friday afternoon [ calls for a strike.]”