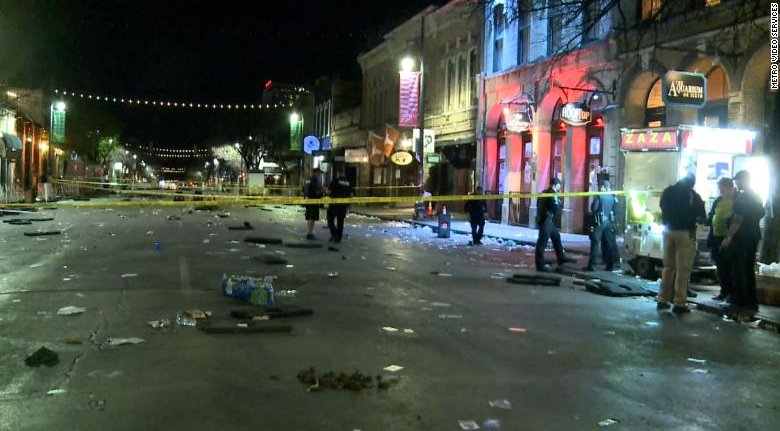 The worst weekend of mass shootings in more than two years in America is how CNN described the weekend of March 20th, with eight dead and 60 injured. The country has seen a rise in gun crime and violence over recent months that the country and the authorities are struggling to get to grips with.

According to CNN there have been at least 107 mass shootings so far this year in the US, a mass shooting defined as having four or more people shot, not including the shooter. The situation however could be far worse with large gaps in the data provided by authorities across the country.

Perhaps the most worrying statistic is that more than two thirds of the country’s largest cities recorded an increase in homicides in 2021, with 10 cities setting all-time records.

President Joe Biden and his administration have increased their efforts to combat gun crime in an ongoing battle with states, seven of whom against the advice of enforcement officials and advocacy groups, passed bills that allow citizens to carry concealed guns in public without firearm training or a licence.

The following is a list of the known mass shootings over the weekend.

Five people including a seven-month-old baby were injured in a drive-by shooting that took place at 9:30pm. The infant and one of the adults were critically wounded and remain in hospital whilst the others suffered non-life threatening injuries.

An argument that started outside the Chicho’s Pizza Backstage in downtown Norfolk resulted in two being killed and three others wounded.  Virginian-Pilot newspaper reporter and former CNN news assistant Sierra Jenkins, 25, was among those fatally shot,  as she left the restaurant.

Three assailants sprayed a local car show with bullets in Dumas, about 80 miles southeast of Little Rock, injuring at least six children. Once suspect is in custody and two others are being sought by police.

A Saturday night birthday party for a 16-year-old resulted in four teenagers being shot, one fatally. According to police as many as 100 people were involved in a fight before the shooting began. Suspects have been identified and the cause of the fight that led to the gunfire is unknown, according to police.

Three people were killed and three others wounded in a Saturday night shooting at the Baymont Ramada, hotel, about 10 miles south of Fort Bragg.

A shooting in the street resulted in at least 10 being wounded with an undetermined number fleeing the scene, many of whom have still to be identified.

Two groups started a fight at the SXSW festival in downtown Austin that led to four people being shot. All those shot suffered minor injuries according to the police.

An argument led to four people being shot in Milwaukee early Sunday, one of whom suffered life threatening injuries. Police say they are still looking for the suspects.

The weekend of mass shootings won’t be good news for President Joe Biden who ran on a ticket that included reducing gun crime in the states.