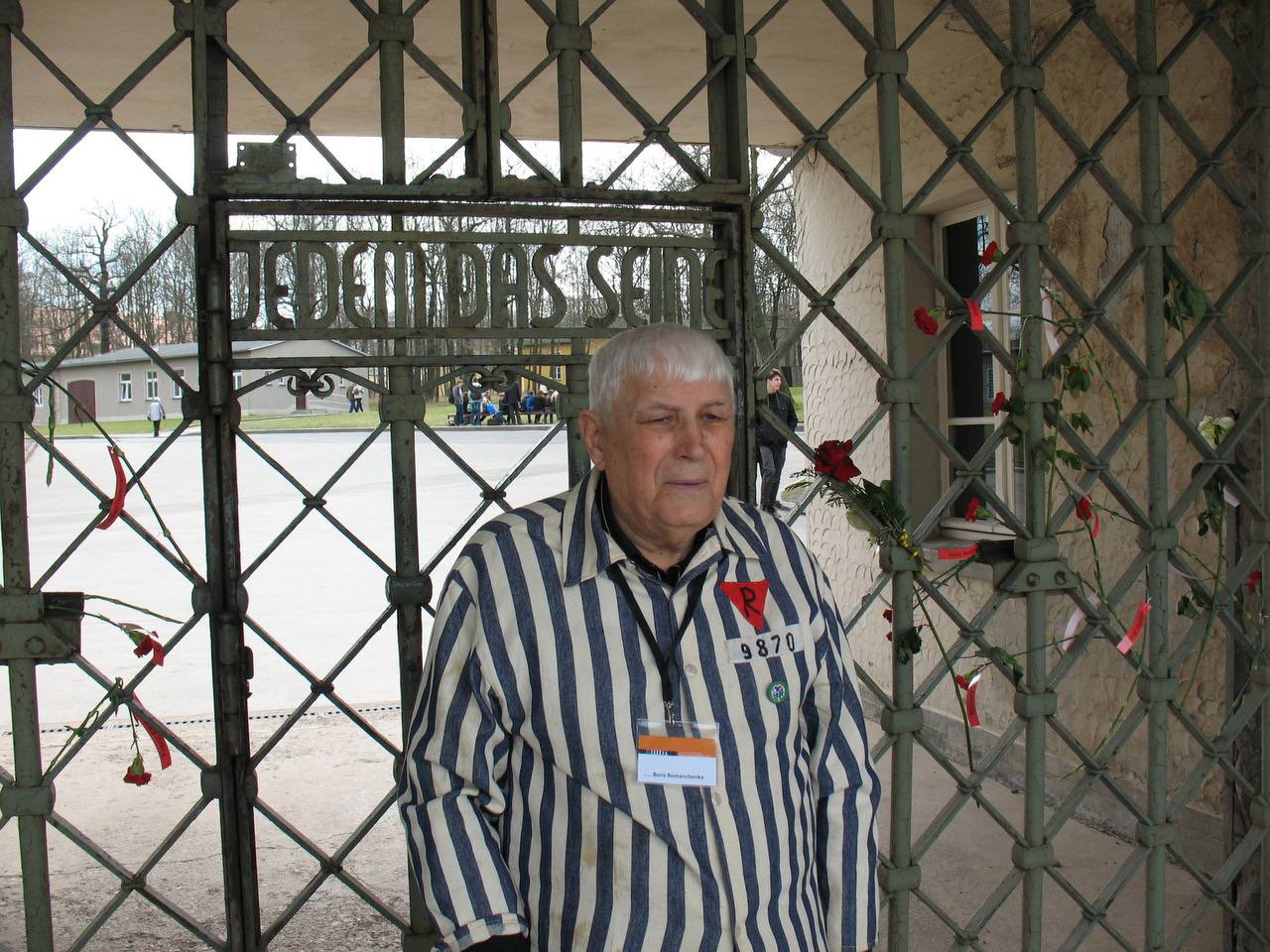 TRIBUTES have been paid by world leaders and people around the globe after the death of a Holocaust survivor killed in Ukraine was revealed.

96-year-old Boris Romanchenko was reportedly killed during an attack from Russian troops on the Ukrainian city of Kharkiv on Friday, March 18.

Boris, who survived several Nazi concentration camps during the Second World War including Buchenwald, Peenemünde, Dora-Mittelbau and Bergen-Belsen, died after a rocket struck his apartment during Russian attacks on the city.

On March 22, the German parliament held a minute of silence in memory of Mr Romanchenko, while Ukrainian President Volodymyr Zelenskyy and UK Prime Minister also paid tribute to the concentration camp survivor.

“His death reminds us that Germany has a special historical responsibility toward Ukraine,” she said.

“Boris Romanchenko is one of thousands of dead in Ukraine. Every single life that has been taken reminds us to do everything we can to stop this cruel war that violates international law and to help people in and from Ukraine.”

Mr Johnson said: “An appalling tragedy. Boris survived four concentration camps & dedicated his life to ensuring the horrors of Nazism wouldn’t be repeated. Putin’s claim that his invasion of Ukraine is ‘de-Nazification’ is a grotesque lie.

“Instead, we’re seeing the bombardment of innocent people.”

President Zelenskyy said: “In Kharkiv, Boris Romanchenko was killed. A former prisoner of Nazi concentration camps. He was 96-years-old.

“Please think about how many things he has come through. He survived Buchenwald, Peenemünde, Dora-Mittelbau and Bergen-Belsen, the conveyors of death created by the Hitlerites.

“But [he] was killed by a Russian strike, which hit an ordinary Kharkiv multi-story building.

“With each day of this war, it becomes more obvious what denazification means to them,” he concluded.

A memorial from Germany’s Buchenwald concentration camp read: “A bullet hit the multi-storey building in which he lived. His apartment burned down.

“We mourn the loss of a close friend. We wish his son and granddaughter, who brought us the sad news, a lot of strength in these difficult times,” the memorial read.

Mr Romanchenko was born in Ukraine in 1926 and was deported to Dortmund in Germany in 1942, where he was forced to work underground, as reported by abc.net.au.

“He tried to escape but was caught and sent to the Buchenwald concentration camp in January 1943,” the memorial said.