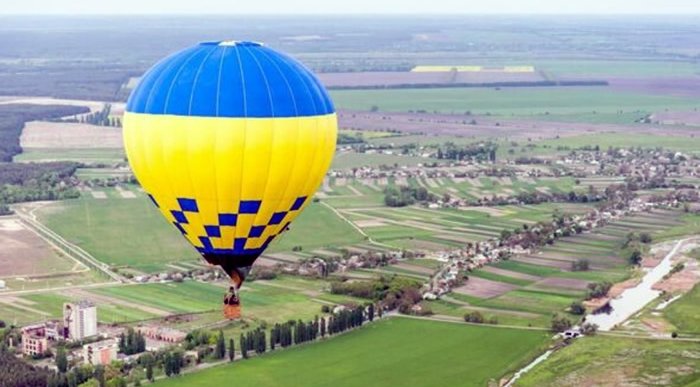 A number of initiatives have been launched across Spain to raise money and stand in solidarity with the people of Ukraine to try and alleviate the humanitarian crisis caused by the Russian invasion. Once such action is being launched by a hot-air balloon company in Andalucia.

Many private organisations have started fundraising under the coordination of the Administrations. The Globotur campaign will donate the full amount of money raised from their tickets to the Ukrainian Red Cross.

“We are sure that this situation due to these people in Ukraine worries you, and you have to go one step further”, said Javier Benitez, CEO of the Sevillian hot-air ballooning company.

On January 5, 2020, Javier was the person in charge of taking the Three Kings of the East to Sevilla. With Ukraine around 3,000km away, he is fully aware that he can’t rescue any of the refugees with his balloons, but he is prepared to do his bit to try and aid them as best he can.

“We cannot transport people from Ukraine, but we can join the fundraising campaign to care for these people, and, as far as possible, help cover their basic needs”, he assured. That is how his #FlyForUkraine campaign came into being.

Globotur has already collaborated in raising money for the Responde Plan of the Spanish Red Cross, with its #VuelaContraCovid19 campaign. This time, tickets for balloon rides are on sale, the full amount of which will go to the Ukrainian Red Cross.

To make your reservation, BOOK HERE, as reported by diariodesevilla.es.