PSG stars at odds as camp ‘split in two’ 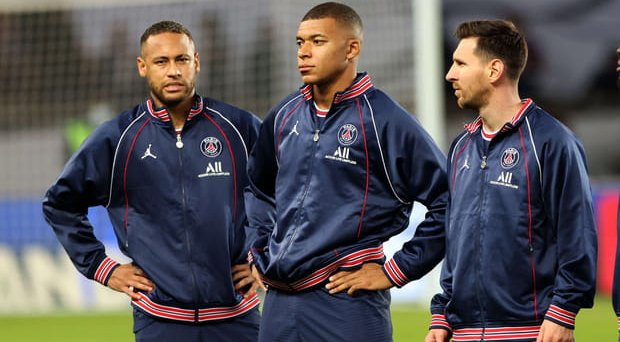 PSG stars are reportedly at odds as the camp has ‘split in two’.

MULTIMILLION euro mega stars of French club PSG are apparently at odds, with reports coming in on Tuesday, March 22 that the camp has been ‘split in two’.

Camps including all South American stars and another including those that speak French have apparently split the dressing room of the league leaders in two, as reported by RMC Sport.

Heavy defeats to Spanish side Real Madrid in the Champions League on Wednesday, March 9 and most recently a 3-0 loss to Monaco in the league on Sunday, March 20, has caused friction throughout the club.

As reported by the Daily Mail, following the defeat on March 20, the two factions reportedly ‘blew up a bit’ according to quotes attributed to someone close to the squad.

On top of potentially warring stars, which has supposedly been brewing since the arrival of former Barcelona legend Lionel Messi and former Real Madrid star Sergio Ramos, the current manager is also struggling to consistently get the best out of his expensive squad.

Despite a commanding lead in Ligue 1, former Tottenham boss Mauricio Pochettino has had a tough time this season, having seen his side eliminated from the Champions League and the French Cup.

Speaking after the Monaco defeat, the Argentine said: “We are in a situation where we have to ask ourselves with the club and find the best way to help PSG.

“Several people are involved in a club like PSG, so we have to find common ideas and visions.”

With only the league to concentrate on, Paris Saint-Germain, who currently sit top of the French with a 12-point lead over second-place Marseille, will be hoping that the two factions had reunited and finish the season strong – before the expected departure of a number of their top stars and potentially their manager.