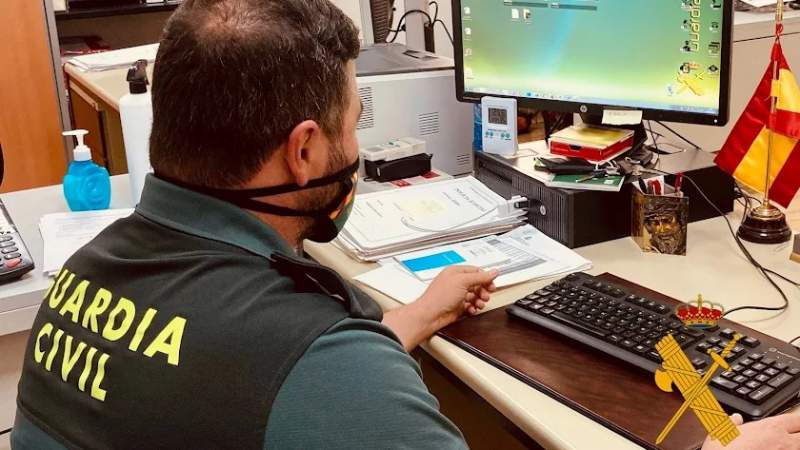 Guardia Civil officers have arrested seven men of Spanish and British nationality. Eleven more individuals are under investigation. They are all suspected of defrauding more than €2,000,000 in 32 provinces throughout the national territory.

In Andalusia, they had victims in the provinces of Almeria , Cordoba , Granada , Huelva , Jaen, and Sevilla. A total of 353 crimes of fraud are believed to have been committed, along with usurpation of marital status, document falsification, theft, robbery with force, reception, revelation of secrets, and belonging to a criminal organisation.

This police operation was launched following two complaints filed by some residents of the Valencian municipality of Tavernes Blanques. They stated that several charges had been made in their bank accounts as a result of loans with a financial institution that they had never requested.

A part of the loans used by the organisation was in the name of foreigners who had been victims of robbery, theft, and robbery inside vehicles in the province of Madrid.

The detainees created false profiles in the name of a Spanish company in which they offered different services, among others, a real estate portal. There, the victims were offered properties for rent, at a lower price than usual.

In this way, the criminals requested the personal documentation of the interested parties, insisting that it was totally necessary for the completion of the lease.

High-end products were acquired from online stores by the criminal organisation. These included bicycles, motorcycles, and vehicles. They were all purchased through financial loans taken out in the name of their victims, after obtaining their personal documentation.

These products were then sold on second-hand platforms at a price below their real value in order to quickly obtain the cash. In a house search carried out in the Valencian town of La Eliana, a laptop, several mobile phones, and various documentation related to the operation have been seized by Guardia Civil officers, as reported by elmira.es.