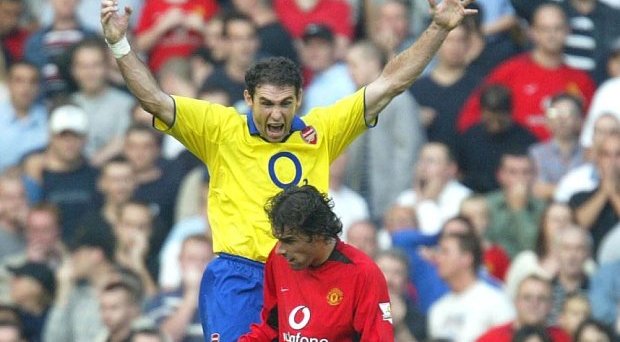 A FORMER Manchester United star is reportedly being lined up for his first senior manager job and could be managing in the Champions League next season.

United great Ruud van Nistelrooy is apparently on the brink of becoming PSV’s next manager, as reported by the Daily Mail on Tuesday, March 22.

The 45-year-old Dutchman, who also enjoyed successful spells at Real Madrid and PSV, has never had a senior management position during his coaching career, although he is currently in charge of the club’s reserve side, Jong PSV.

Having already worked as a coach for the national side and enjoyed a winning footballing career, many have tipped the Old Trafford legend to do well as a manager.

Now, he may get his chance to prove himself.

According to Dutch news outlet ED, van Nistelrooy could potentially replace current PSV first-team boss Roger Schmidt at the end of the season.

Despite the club sitting in second place, just two points behind leaders Ajax in the Eredivisie table, Schmidt has apparently failed to agree a new contract with the Netherlands club and van Nistelrooy is supposedly first choice for the job.

However, only last month the former Dutch striker, who scored 35 goals for his country, had ruled himself out of the running telling ESPN at the time: “I can be clear about that now. I will not go through to the first team of PSV.”

“I don’t think I’m ready for that yet. I think we should continue to follow the trajectory that we have agreed upon. The ambition and the drive are there, but it is too early now.”

van Nistelrooy, who scored an incredible 95 goals in 150 games for Man Utd and 46 in 68 for Spanish giants Real Madrid, could have someone with more experience alongside him if he is given the role, with ED reporting that former PSV boss Fred Rutten is being lined up for an assistant managers role.