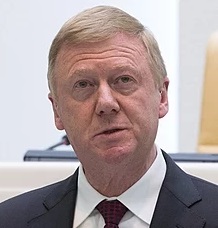 In what has been described as a bombshell departure, a key aide to Putin quits the Kremlin and leaves Russia for good. Anatoly Chubais, Putin’s climate envoy and veteran reformer is understood to have quit his role on Wednesday March 23rd over his opposition to the war according to media group Bloomberg.

The departure of Chubais makes him the highest profile figure to break with President Vladimir Putin over the invasion of Ukraine.

According to the RBC news website, Chubais is in Turkey and doesn’t plan to return to Russia, where The Kommersant business daily claim to have seen him drawing money at an ATM in Istanbul.

Kremlin spokesman Dmitry Peskov confirmed Chubais had resigned from his post, but declined to give his reasons simply saying: “Whether he left or not is his personal matter.”

Sources close to Chubais said that he had attempted to push Russia to adopt more green policies in the face of fierce domestic opposition, a powerful energy lobby and a president who has previously questioned the man-made nature of climate change.

Once a powerful figure back in the early 90’s, Chubais was the architect of Russia’s controversial privatisation drive and its transition to a market economy. He famously brought Putin into the Kremlin, giving him his first job in Moscow, and had managed to stay in favour through more than two decades of Putin’s rule as many other leading figures from the Boris Yeltsin era were pushed out.

Despite protests across the country, there has been almost no public opposition to the war from Russia’s political elite, with Putin having branded those who oppose his actions “traitors and scum.”

Whether the resignation of Putin Aide Chubais who quits the Kremlin and the country, will result in others braving the wrath of Putin remains to be seen.