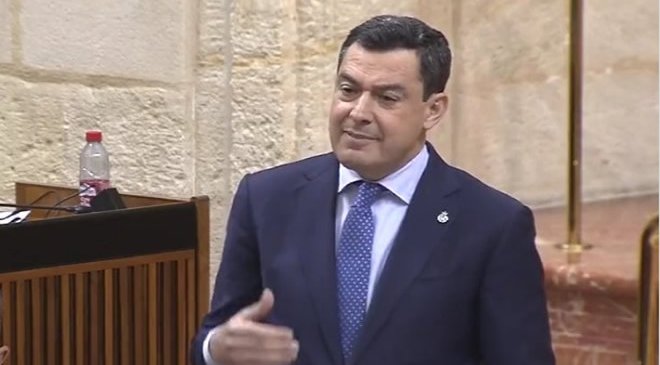 Juanma Moreno, the President of Andalucia, today, Thursday, March 24, announced a set of measures designed to alleviate the problems being faced by the Andalucian fishing and agricultural sectors.

Speaking during the control session of the Andalusian Parliament, Mr Moreno responded to questions raised by Inmaculada Nieto, the spokesperson for United We Can. He detailed that the Andalucian Government will exempt all fishermen from paying any port fees for three months.

A similar exemption will be applied to farmers in regards to their need for veterinary services, or laboratories. Neither will hunters will be required to pay for their licenses to carry out their activity.

These are measures will remain in place for at least three months, with an aim to “alleviate the crisis they are experiencing and reduce the costs of their activity”, according to President Moreno.

Inmaculada Nieto had accused Moreno of “saving the money for later. When will we have a pandemic, an economic crisis and a war? for the meteorite?”.

Adding, “You do not solve the matters of your competence because the fault of everything that is wrong is the Government of Spain. It is making fat broth for those who say that self-government is worth nothing”

In his debate with the spokesperson for the PSOE, Juanma Moreno announced an additional €21 million to promote research in Andalucian public universities, coming from European funds.

Angeles Ferriz, the socialist spokesperson criticised the autonomous financing model, and the management that the Andalucian Government is doing with the University of Jaen. Its rector has resigned as president of the Association of Andalucian Rectors for “the mistreatment of his university”.

“Moreno Bonilla has imposed a financing model for universities without agreeing with the rectors, creating an unsustainable situation. This is a discretionary distribution that does not guarantee financial sufficiency, and one that generates a breakdown of the territorial balance”, said Ferriz.

“Is that the model of modern Andalucianism?” , she enquired of Mr Moreno, while also accusing him of “dismantling the public model of universities”, as reported by sevilla.abc.es.