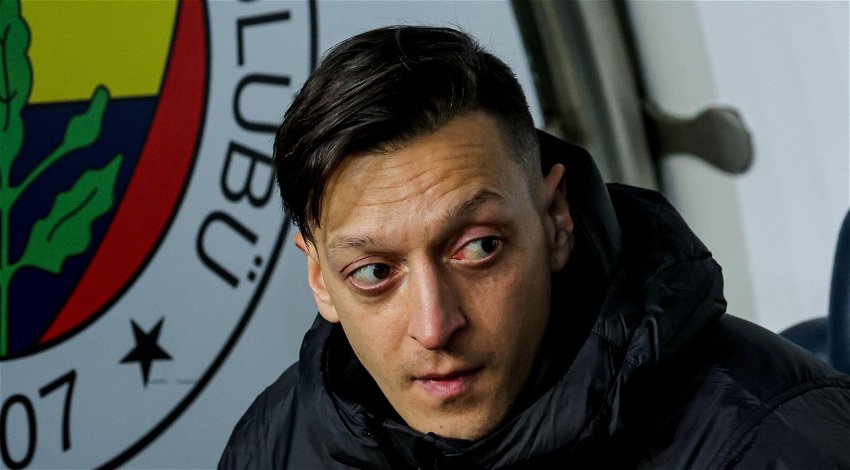 FORMER Arsenal and Real Madrid star Mesut Ozil has reportedly been kicked out of the Fenerbahce squad after being deemed ‘physically incompetent’ by the club’s boss.

Ismail Kartal has chosen to exclude Ozil and former Watford player Ozan Tufan from the squad, which has been confirmed in a somewhat cryptic tweet from the club on Thursday, March 24.

“Our Football A Team players Mesut Özil and Ozan Tufan were excluded from the squad as per the decision taken. It is announced to the public” a statement read.

As reported by the Daily Mail, Ozil had been subbed at half-time during his side’s game against Konyaspor on Sunday, March 20.

And according to Turkish outlet Aksam, Ozil was deemed ‘physically incompetent’ and struggled to keep up with the high intensity levels of the match.

The ex-Germany midfielder, who has received 92 caps for his country, missed a total of eight Fenerbahce games at the start of this year due to a lower back problem, according to the Daily Mail.

This injury has apparently set Ozil further back physically, according to Milliyet via Aksam.

However, the Sun has reported that the reason for his axe might not be performance based.

The paper said that ‘Ismail Kartal made the decision to exclude the pair – and it was not based on performances.’

Although not performance based, it still may be due to injuries, although Fenerbahce have yet to reveal a specific reason for the pair’s subsequent exclusion from the Turkish side.

Talksport noted that the former Arsenal midfielder has not enjoyed the best start to his career in Turkey, mostly due to injury.

However, even when fit, Ozil has been criticised by club president Ali Koc, who publicly encouraged the ex-Madrid star to step up his performances.

He said at the time: “Ozil wants to play more. From now on, he needs to focus on his game and keep his commercial interests out of it. He needs to think about contributing to Fenerbahce.”