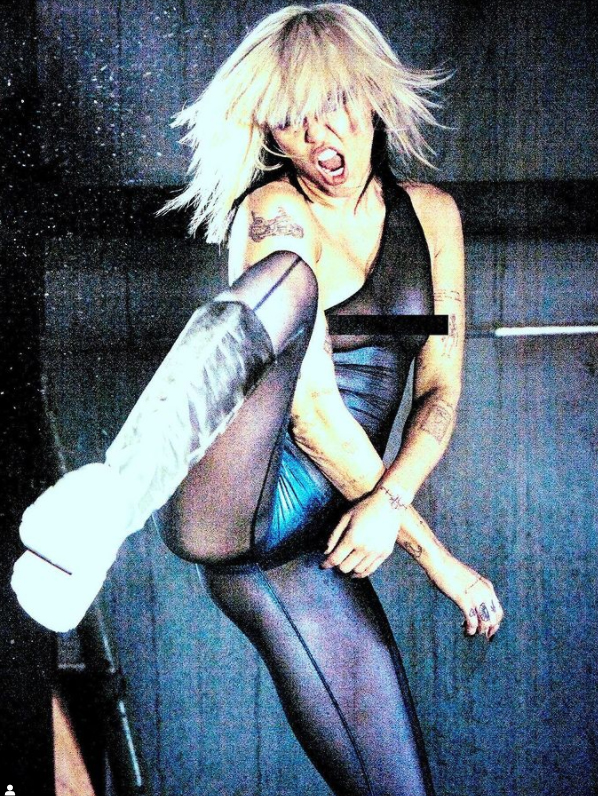 Miley Cyrus has posted the dramatic storm footage to her Instagram page.

Reassuring fans she wrote on Wednesday: “To my fans and everyone worried after hearing about my flight to Asunción. Our plane was caught in a major unexpected storm and struck by lighting.

“My crew, band, friends and family who were all traveling with me are safe after an emergency landing. We were unfortunately unable to fly into Paraguay. 💔 I LOVE YOU.”

The video shared with her 163 million followers shows lightning flashing outside her plane window, and a photo of the damaged aircraft.

Cyrus, 29, was unable to fly into Paraguay, where she was due to perform at a musical festival in the capital, Asunción.

The bad weather conditions caused the first day of the festival to be cancelled.

The event’s Twitter account said due to the extreme weather and risk of flooding, they had no choice but to cancel the first day.

Other artists unable to perform at the Asunciónico festival include the Foo Fighters, Machine Gun Kelly and Doja Cat.

Commercial planes are hit by lightning about once or twice a year, the USA´s National Oceanic and Atmospheric Administration said. “They are designed and built to have conducting paths through the plane to take the lightning strike and conduct the currents,” according to the agency.

A lightning strike has not caused the crash of a commercial plane in decades, but smaller and private aircraft, which “are not required to be designed for protection from lightning,” have crashed due to lightning strikes, according to the NOAA.

The kind of aircraft Cyrus and her crew were on was not immediately clear.