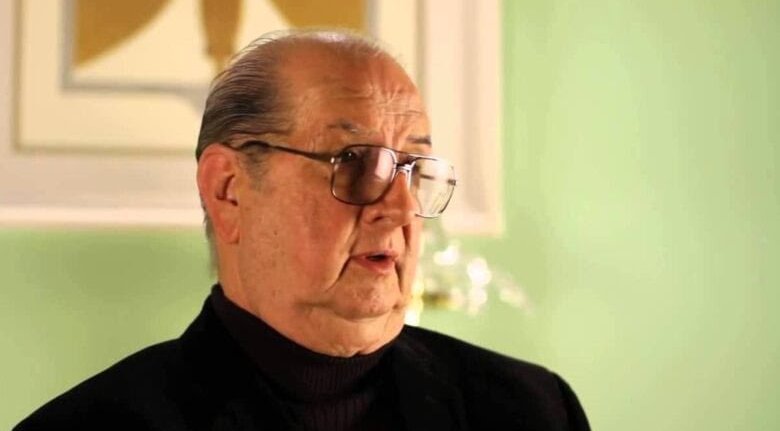 AUTHOR and alternative media icon Jordan Maxwell, who was a well-known researcher into the occult, religion and symbology, has died at the age of 82.

Maxwell was considered a preeminent researcher and independent scholar in the field of occult and religious philosophy after becoming attracted to this field in 1959 when he was a child, according to his friends.

Considered ‘the Godfather of conspiracy research’, tributes flooded social media platforms after his death was announced on Wednesday, March 23.

Another Twitter user wrote: “Jordan Maxwell was one of the first people who set me down a path of research. Whatever books he would recommend reading, I ordered and read cover to cover. Thank you for all your inspiration and knowledge. RIP.”

“The Godfather of conspiracy research has crossed over. Thank you sir for enlightening the world with your wisdom,” one person said.

“Our dear friend Jordan Maxwell has passed on to a new beginning where adventures await his brilliant spirit. Thank you, Jordan for lighting our way. Your intelligence humour and courage planted seeds in our hearts. May we rise to carry on your legacy. Until we meet again,” wrote another in a touching tribute.

Another shared a photo of Maxwell in his hospital bed, with the caption: “Rest in Peace Jordan Maxwell dear friend. I will continue your work on Earth. You changed my single-handedly. I will get our work to the masses with my books and one day TV series. Rest easy.”

One person wrote on Facebook: “The exceptional Jordan Maxwell has passed away. He was the first man to open my eyes to the ‘hidden world’ that surrounds us and it is immeasurable what he gifted to us all. I hope Jordan has inherited the ‘celestial’ kingdom he so very much deserves.”

“Honour to you Jordan Maxwell. Rest well my friend,” another said.

According to friends, the alternative media icon worked for three and a half years as the Religion Editor of Truth Seeker Magazine, America’s oldest Freethought Journal.

They noted that Maxwell was indulged in the religions, scripture and started exploring the hidden foundation of Western religions and secret societies creating enthusiastic responses from audiences around the world.

Controversial “conspiracy theorist,” David Icke said on Telegram: “RIP. See you on the other side brother.”

A statement released on his official Facebook account read: “It’s with great appreciation and a heavy heart to say that one of the greats of all-time Jordan Maxwell has departed the physical plane. Truly a giant in the study of the fields of religion, symbology, pattern recognition, law, secret societies and the occult. A rare breed.

“Many who knew Jordan as a friend realised that he was a deeply sensitive man who immensely cared about ‘family’ with a deep respect for his elders.

“Jordan had been in declining health but his mind was always on point and nothing gave him more pleasure than in sharing the depth of his research, knowledge and hopefully a bit of wisdom.

“Our sincere thanks for all the heavy lifting you did on behalf of all people who were free thinkers and open minds.”