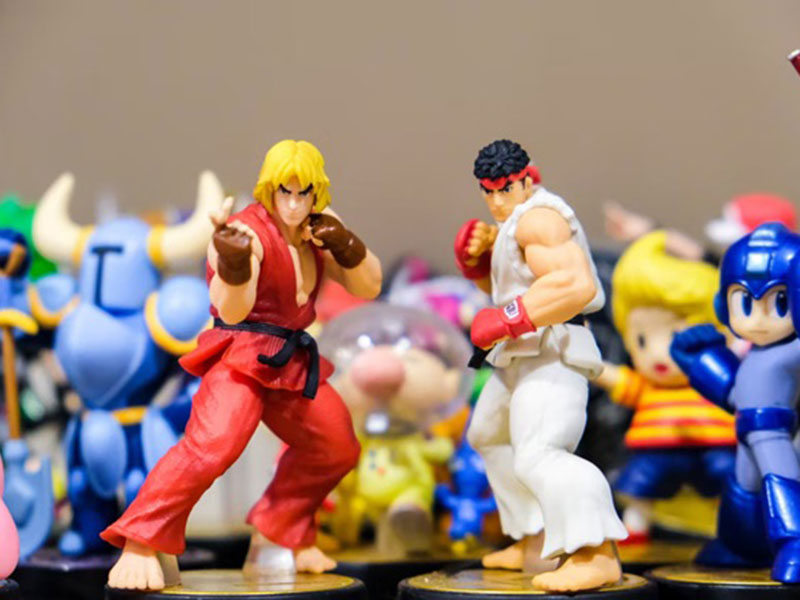 Even the most avid gamers need to take a breather between video games sometimes. However, if you can’t stay away from anything gaming-related, you can watch film adaptations of famous video games.

There are 2.69 billion gamers driving the $159.3 billion revenue for the global gaming industry today. If you are one of these, your patronage can also do the same for the brand and the film industry.

These days, it’s normal for films to end up as toys, video games as movies, and movies as video games. The lines between these different entertainment forms are continuing to blur. It won’t be long until viewers see other games like Solitaire, Fruit Ninja, or Animal Crossing, given a different twist in a flick. If you add AI and virtual reality into the mix, you’ll be astonished as to what you can find.

Since it’s still a while before the premiere of Sonic the Hedgehog 2 and Untitled Mario Movie, maybe it’s time to revisit the all-time favorite video game movie adaptations. With more and more video games made into films each year, it’s a great idea to walk down memory lane and appreciate the most iconic ones.

Aside from reminiscing, you can also note what the game and film enthusiasts are searching for in a stellar film adaptation. So without further delay, check out the top five best video game movie adaptations of all time.

Who doesn’t love this chubby and short yellow rodent, right? Pikachu’s adorable character is already a takeaway for gamers and moviegoers. When you add that to the fact that Deadpool acts as Detective Pikachu, you know the film will be nothing but a blockbuster hit. When the viewers, gamers or not, heard about this, they agreed that the film would do justice to the Pokemon brand.

Detective Pikachu revolves around the life of Tim Goodman, a 21-year old guy who went looking for his missing private investigator father named Harry. Tim partnered with Pikachu, and together, they revealed the truth behind Harry Goodman’s disappearance.

These are more than enough reasons why Detective Pikachu is always on the top of everyone’s best video game movie adaptation list.

Next to Detective Pickachu is the 2018 movie adaptation of Tomb Raider. The movie drew inspiration from the 2013 rebooted game. Viewers saw a new Lara Croft who is more vulnerable than her predecessor. While this version didn’t break out into a good action flick, viewers still considered it a welcome homage to one of the generation’s best games.

Instead of pulling directly from the game, the movie riffed off, giving the audience a Lara Croft who’s exploding with life. It’s also noticeable that this version of Lara is more at home in The Swinging City than raiding the tombs.

This movie marked a watershed moment for all past and present video game flicks. It showed that video game movies shouldn’t hide in the shadows. The cast itself is a forceful entry that could open doors for more video game treasures in the future.

Naysayers dismissed the movie as odd or fitting only for a specific audience. However, the film put these negative comments to bed with its riveting take on the perpetual struggle between the Templar Order and the Creed.

The film stars Michael Fassbender, Michael K. Williams, and Marion Cotillard. They gave the movie legitimacy with its parkour-heavy style and impressive Animus adventure around 15th century Spain. Both the scenes and movie backdrop paid homage to the game without excessive fan service.

Mila Jovovich is most famous for her role as Alice in the six installments of the movie Resident Evil. Since its first release in 2002, every sequel only made viewers anticipate the next installment. Among the six, fans consider the original as the best. They also agree that 2010’s Resident Evil: Afterlife was nothing but a shambling effort.

Though most of these only poked around Resi’s sprawling lore, viewers are still satisfied because every installment emphasized the action. Jovovich has not gotten enough credit for her portrayal in this franchise. However, Resident Evil enthusiasts know that every installment is worth a rewatch.

The newest Sonic the Hedgehog movie will hit the cinema screens next month. The 2020 film didn’t look that good to fans because of the blue blur in the initial design. Fans think Sonic’s too un-conjoined eyes and ginormous, terrifyingly human teeth were all ‘cris de Coeur’ against the Sega character.

All these made the filmmakers revisit the movie’s original digital drawing board. Fortunately, when the film was released, the audience was in awe of Jim Carrey’s portrayal as Dr. Robotnik and Ben Schwartz’s animated voice-over of Sonic the Hedgehog’s character.

You Gotta Rewatch Them All

The lines between movies and games are obscure because both share the same purpose – to give entertainment. Some film adaptations may fall short of the gaming community’s expectations. However, many flicks tick off all perfect video game movie adaptation criteria. The items on our list just proved this point. If you haven’t rewatched them in a while, now is the right time to do it.