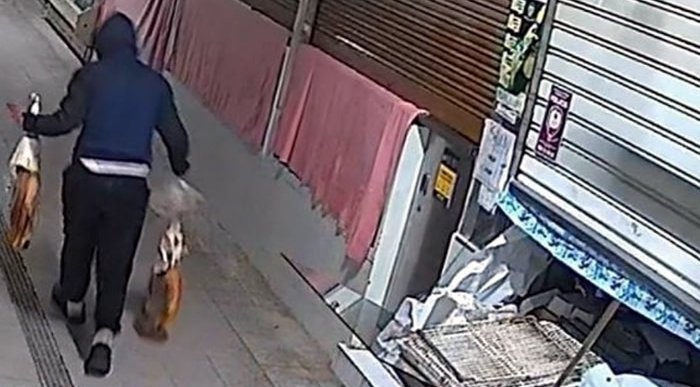 National Police officers in Malaga capital caught a 52-year-old robber ‘red-handed’ after he had just stolen two hams from a market stall in the Huelin district of the city. His arrest occurred on the evening of Wednesday, March 23, at around 11.45pm.

According to a police report, the investigated accessed the Huelin municipal market stalls and stole items and money that he found inside. He is suspected of committing a total of at least six robberies in various establishments. Economic damage estimated to cost around €10,000 was caused during these robberies with force.

An investigation had been launched by the cops as a result of several robberies with force that had taken place. The perpetrator or perpetrators, reportedly entered by breaking either doors or windows. This always occurred at night, and in fact, on the night of March 22, he committed another robbery in the same place as before.

A large police operation was initiated, to arrest the possible perpetrators and clarify the facts. This culminated in the red-handed arrest of the 52-year-old man. He had just robbed one of the municipal market stalls and was trying to escape via the roof.

Officers from Malaga National Police intercepted him on the cornice of the market and he had to be helped by firefighters to get back down to the street. At the time of his arrest he was carrying two hams that he had just stolen from a the municipal market.

His participation in other acts of the same nature is not ruled out by the police, as reported by laopiniondemalaga.es.