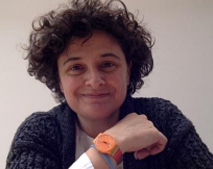 A woman has been arrested in Malaga after she took her 5-year-old son to the doctor 130 times, exaggerating his illnesses and making unsubstantiated claims about his health.

The woman told doctors that her son had numerous health problems in the last two years, saying he suffered everything from constant vomiting, stomach problems, dizziness, and blood in the stool, fever and even aggressive behaviour that required anxiolytics.

The mother who suffers from Munchausen syndrome by proxy, a mental health disorder in which a caregiver, most often a mother, routinely makes up fake symptoms or causes real symptoms in a child or adult victim to make it appear that the victim has a true physical or mental health issue.

As a result she between 2020 and 2021, the child’s mother took him to their family doctor up to 130 as well as to hospital emergencies and private medical centres.

Police who investigated the case revealed that in the vast majority of instances the visits were unnecessary, with symptoms exaggerated or invented.

Her son, who suffers from autism, received disproportionate medication resulting in the arrest of the 38-year-old mother for the alleged crime of child abuse, her son being placed in foster care.

Charo Rueda, Professor of Psychology and Professor of Cognitive Neuroscience in the Department of Experimental Psychology at the University of Granada explains that excessive care can be harmful to the patient. He continues saying: “Those who suffer from Munchausen need to feel like ultra-carers, superheroes. They get satisfaction from feeling that they take good care of another person, like this boy, but in return they have him subjugated.”

What can make diagnosis difficult for doctors according to Rueda, is that minors can sometimes collaborate in the exaggeration and lies about their supposed illnesses.

She says: “Your reference adult is making you see that the world is like that. How is he going to contradict her mother being so small?

The young boy’s paediatrician first voiced alarm, advising his fears to the Junta de Andalucía by completing a SIMIA sheet, the procedure for notifying “cases in which the existence of situations of risk or helplessness is known or suspected” of a minor.

The social services of the Malaga City Council opted to carry out an intervention with the family, however that ended up with the father denouncing the mother at the police station on February 14.

The Group of Minors (Grume) of Malaga then intervened in what they describe as a delicate situation saying: “It is difficult to investigate a mother for taking very good care of her child.

“But when you scratch, you realise that this care is sick and that the life of the little one can be in danger. It was a work against the clock due to the risk that the minor was running.”

Excessive medication is understood to have made it easier for the mother to convince doctors of his illnesses, and ultimately his diagnosis with autism.

Since he is with his foster family, Adrián has not presented any of the symptoms for which his mother constantly took him to the doctor. He has according to the foster carers shown some signs of mild autism, but that: “He is very affectionate, laughs, eats without problems, plays, runs and jumps like any child.”

What remains now is for the Malaga woman who was arrested for exaggerating 5-year-olds illnesses to received treatment, and for the boy to be reunited with his father.