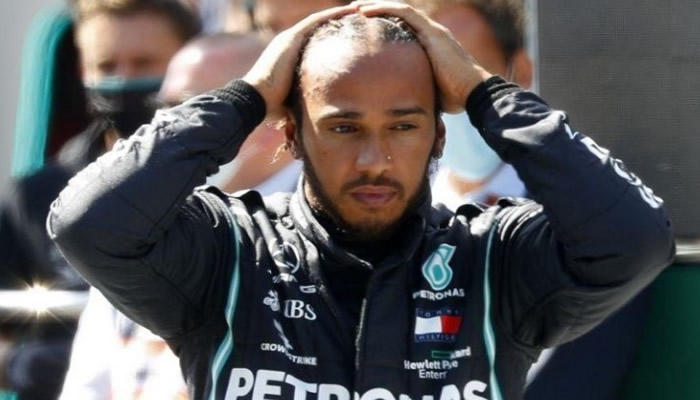 Lewis Hamilton is OUT of the remaining qualifying sessions for the  Saudi Arabia Grand Prix this Sunday, March 27. Incredibly, the seven-time world champion was simply off the pace in today’s Q1 session and failed to qualify.

This is the first time the British driver has failed to qualify for a Grand Prix since Brazil back in 2017. It means that he will now have to settle for 16th place on Sunday’s starting grid. His lap time was almost 1.5 seconds off Carlos Sainz who finished first in Q1.

Pushing to gain that important qualifying time in his final lap to secure the P15 spot, Hamilton managed to squeeze ahead of Lance Stroll, only for the Canadian-Belgian Aston Martin driver to pull a better lap time out of the bag.

His teammate George Russell qualified comfortably in fourth in the other Mercedes, leaving everybody mystified at Hamilton’s poor showing.

“Just struggled with the balance of the car, it’s not where we want to be”, said Hamilton after the session. He was adamant that yesterday’s incident that saw a missile attack on an oil refinery 15km from the Jeddah circuit had no bearing on his performance.

“We’re professional, we lock out whatever it needs. Just unfortunately we went the wrong way with the set up”, he commented.

The Q1 session was marred by a horrendous accident involving Mick Schumacher in the Haas. He spun into the concrete wall at around 170mph. The driver was removed conscious from his car and airlifted to hospital.