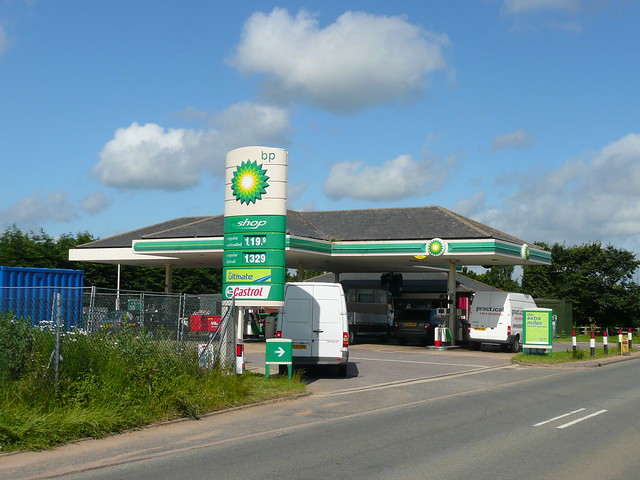 Motorists have taken to social media to lambast those petrol stations who increased their prices despite the Chancellor of the Exchequer’s cut of five pence (six cents) per litre in the fuel levy.

The tax break announced on Wednesday March 23rd by Rishi Sunak caused an outrage after he claimed the meagre price reduction would help with the cost of living crises. That outrage however increased further with petrol stations putting up their prices not long after the announcement, with few if any motorists benefitting from the tax reduction.

Motoring bodies are urging drivers to “shop around”, to force petrol stations to pass on the cut in fuel duty by boycotting those who fail to do so.

The price reduction was due to come into force at 6pm, however some motorists said that prices on forecourts went up prior to the reduction and have stayed higher. The AA, who monitors petrol prices, said on Thursday that pump prices were down just 2.71p (3.25 cents) per litre on average and 1.59p (1.9 cents) cheaper for diesel.

Speaking to LBC radio, Grant Shapps the Transport Secretary said petrol companies should ‘absolutely’ be passing on the savings to customers. He added that drivers should “shop around” so that companies ‘”earn that if they don’t pass this on, then they are going to lose business.”

He said consumer pressure should be applied and added that supermarkets like Tesco, Asda and Morrisons were generally selling fuel cheaper than petrol stations.

Appearing on ITV’s Good Morning Britain he said: “The price of petrol at £1.60, £1.70, is really hitting people hard.

“I will be speaking to the petrol retailers and asking them to make sure that they pass it (the 5p cut in fuel duty) on.

“Viewers know, you see big differentials, particularly between the supermarkets and petrol stations, please help us put pressure on them by shopping around as well, and not paying those higher prices, particularly where they fail to pass on this 5p cut.

“We will be watching very, very carefully and viewers can help.”

Critics and experts say that the cut was relatively meaningless even if applied by the petrol stations, with a saving of around £3 (3.6 euros) for filling an average family sized tank.

Backbenchers have been calling on the government to set up a new watchdog to monitor the price of fuel, with Tory MP Robert Halfon hitting out at “greedy and racketeering oil companies” that are not “passing on the savings from falling wholesale oil prices.”

Howard Cox, founder of Fair Fuel UK, accused petrol retailers of “sickening exploitation”, after it became known that Sunak and Business Secretary Kwasi Kwarteng said they had written to major retailers, trade bodies and the supply chain to set out their expectations.

However as the fuel duty is applied at the point retailers purchase petrol stocks, prices could rise in the short term given that stocks may have been purchased prior to the reduction. Continual rises in crude oil prices however could result in the reduction not being seen on the forecourts, but rather shielding motorists from the full extent of future price increases.

The Petrol Retailers Association said the government should have backdated the fuel duty cut if it wanted immediate changes at the pump, with many petrol stations having to increase prices in the short term despite the cut in fuel duty.