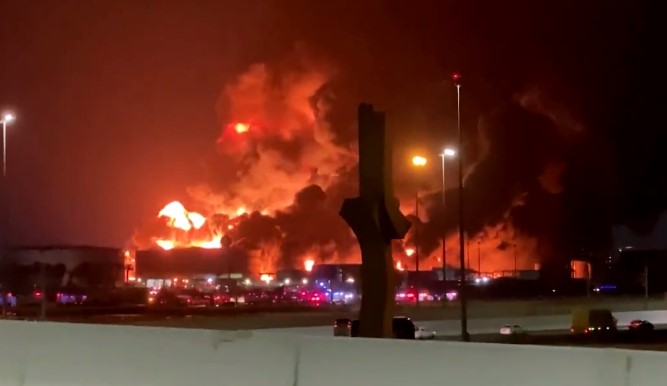 Despite warnings of more missile attacks, this Sunday’s Saudi Arabia Formula One GP will go ahead
The Saudi Arabian GP will still take place this Sunday, March 27, despite the missile attacks that occurred during the first practice session on Friday, March 25, and also later in the afternoon. A massive explosion caused a huge blaze that poured columns of thick black smoke into the sky.

Houthi military spokesman, Yahya Sarea, in Yemen, claimed responsibility for the attacks on an Aramco refinery just a few miles away from the Jeddah race circuit. It is no coincidence that the refinery was targeted as Aramco is the race sponsor.

According to the Saba news agency, Sarea warned of more attacks “against vital installations in the capital of the Saudi enemy, Riyadh, with a batch of missiles”.

Immediately after the missile attack, the second practice session was postponed while drivers, team managers and the championship organisation itself held a meeting.

Several drivers voiced their concern, while some even threatened to leave the circuit immediately. A statement was issued by the race organisers guaranteeing everybody’s safety. The second session resumed and another meeting was scheduled for later in the afternoon to decide if the rest of the weekend go ahead or not.

More explosions occurred shortly after, and the press conference and appearances of the drivers before the media were cancelled.

It was said that the race organisation, the FIA, ​​and the promoters had met, after which it was confirmed that the Saudi Arabian GP would go ahead, with all parties unanimously agreed, after security was guaranteed.

This would not appear to be the case though. It has been revealed that the drivers held their own private meeting, where several allegedly spoke of not being convinced of their safety. Word of this reached the FIA CEO Stefano Domenicali, first, and then Ross Brawn, the F1 managing director, who apparently tried to convince the drivers to continue.

After a four hour meeting, including the team managers, and headed by George Russell, the director of the Drivers’ Association, it was agreed to go ahead with the race, as reported by 20minutos.es.