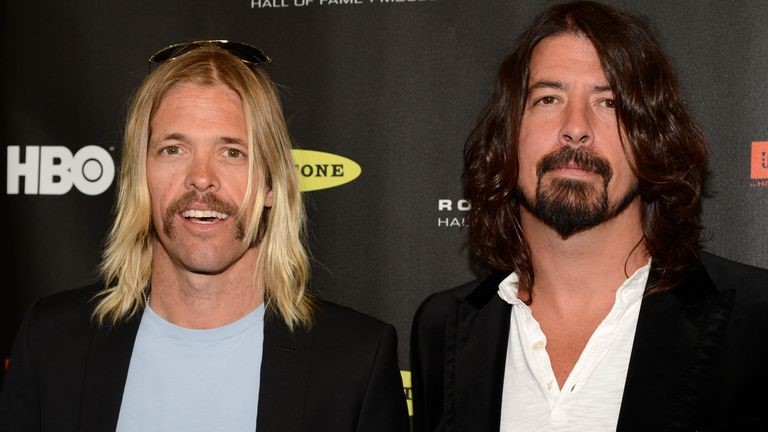 Taylor Hawkins, the drummer of the popular US rock band the Foo Fighters, dies while on tour in Colombia. The band, who made the announcement from Bogota in Colombia, did not provide any details as to the cause of death.

The band, who have been one of the most successful in recent decades, tweeted: “The Foo Fighters family is devastated by the tragic and untimely loss of our beloved Taylor Hawkins. His musical spirit and infectious laughter will live on with all of us forever.

“Our hearts go out to his wife, children and family, and we ask that their privacy be treated with the utmost respect in this unimaginably difficult time.”

Hawkins, who was born in Fort Worth in Texas, leaves a wife and three children.

Hawkins, who previously toured with Alanis Morrisette, joined the band in 1997 after approaching Dave Grohl to ask if he could replace drummer William Goldsmith who left the band after the release of their first album.

The drummer’s final performance, after 25 years of being with the band, was at the Lollapalooza festival in Argentina on 20 March, according to Rolling Stone, where he sang the lead on a cover of Queen’s Somebody to Love.

Hawkins apparently got into music after being taken by his mom to see Queen back in 1982.

Tributes have been pouring in from all over the music world with Ozzy Osbourne tweeting Hawkins “was truly a great person and an amazing musician. My heart, my love and my condolences go out to his wife, his children, his family, his band and his fans. See you on the other side…”.

Rage Against The Machine’s Tom Morello posted: “God bless you Taylor Hawkins. I loved your spirit and your unstoppable rock power. Rest In Peace my friend.”

Kiss’s Gene Simmons said he was “shocked and saddened”, while the Smashing Pumpkins tweeted their “deepest sympathies to Taylor’s family, his fans, and of course his band”.

The band who are on an extended tour that is only due to finish at the end of the year, will now have to find a replacement after Taylor Hawkins, the drummer dies. Replacing him however isn’t going to be easy given his 25-year-long career with the band and his influence on their music.