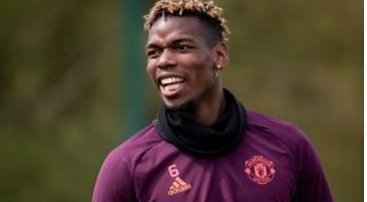 Paul Pogba has sparked fears he will walk away from Manchester United as he said he was  “sad” the Red Devils remain without silverware.

Pogba, 29, will be free to leave Manchester United in a matter of months with his contract due to expire.

“Nothing is decided on my future, there is nothing done,” he said in a video with France´s Telefoot.

“I can decide tomorrow, as I can decide during the transfer window. I want to come back, finish the season well.”

He added: “The season is not over yet, but almost because we don’t have any more titles to play for. I want to win titles, to play for something and this year and the last few years we haven’t won a title. It’s sad.”

Signed in 2016 for a club-record £89m, having left the club when a youngster, Pogba has seen his second coming at Old Trafford hampered by inconsistent performances, though he has impressed since he returned from a three-month absence with a thigh injury at the start of February

Ralf Rangnick, the club’s interim boss, said previously: “The question is how much does he still want to be a part of this group? How much does he still feel emotionally and physically on board? As long as this is the case, why shouldn’t Paul Pogba [play] now after two and half months of injury, fully fit again now?

“By the way, my contract as a manager is also expiring in the summer. For us we have the same goal. We have the same ambition to be as successful as we can possibly be in the next three or four months.”