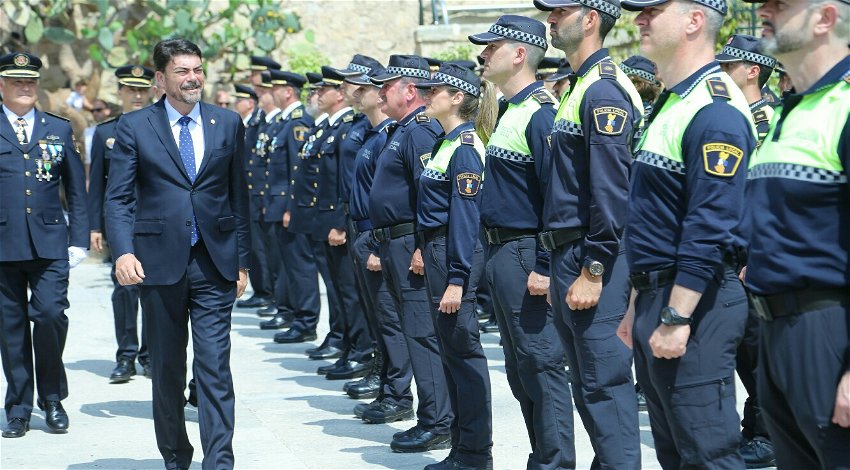 Doubts have been raised over the integrity of Alicante’s local police force drive with claims of nepotism as more than two thirds of the top applicants having some tie to existing agents, political parties, unions or contractors in the city.

More than 1,500 applicants applied for the local police posts, with details of the 92 best applicants showing 60 have some tie to the city, its employees or contractors.

That high percentage has led people to question the recruitment process, which would on the face of it appear to have some bias.

Although the recruitments have yet to be approved, there is clearly discomfort within political and other circles with what was the largest recruitment drive since 2017.

Of the 1,529 candidates, 143 candidates were finally approved with the first 92 to be incorporated into police staff. Among them, there are 34 children or relatives of a commissioner, mayor, officers or agent of the Alicante Local Police.

Whilst it is accepted that families may end up working for the same organisation, what has been questioned is how the top 20 candidates could have a known connection with the city or its agents.

Sources consulted by the SER, say that some of the exam questions were “inappropriate” for a process of this type. They even state that “either the applicants knew the questions or they would not have known the answers.”

In addition, the majority of those approved went through the same training academy.

Those consulted by SER are scared to make themselves known or to denounce the process for fear of reprisal.

Its also possible that the number of candidates with connections that are finally employed will rise, with the municipal budget for 2022 yet to be approved. That vote is scheduled for Wednesday, March 30, and could give the green light to employ the remaining candidates from the short list.

The Local Police of Alicante celebrates its 175th anniversary in 2022 resulting in the force being award the city’s Medal of Honour, at a time when there is controversy surrounding perceived nepotism in the Alicante local police force’s recruitment process.