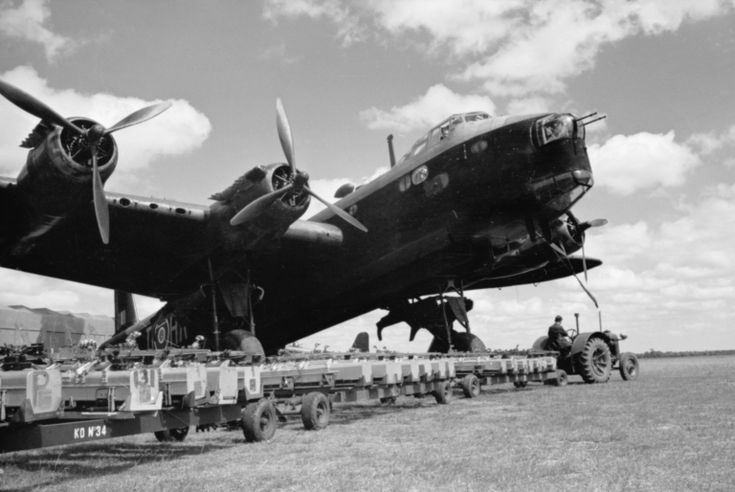 Wreckage uncovered by Storm Eunice on the beach at Camperduin, near Alkmaar in the Netherlands has been identified as a WW2 British bomber.

The plane, identified as a British Short Stirling MK1 was shot down by the Germans in 1942, with a large piece of the fuselage found during the clean-up that followed the storm. The piece of wreckage was found entangled in nets back in February but was only identified the week ended March 27th.

Martijn Visser, of the association Egmond ’40-’45, said his “mouth fell open” when he saw the wreckage.

Speaking to NH Nieuws he said: “Small bits will often be washed up on the beach but never a big piece like this. Holding it in your hands after it’s been on the bottom of the ses for eighty years is astounding.”

Visser was able to identify the plane by comparing it to the fuselage of another Short Sterling at the aircraft museum at Deelen.

He said: “A total of three Short Stirlings crashed near the Dutch coast, two at Bergen aan Zee and one at Camperduin. We are 80% sure that this is the one that was shot down at Camperduin because wreckage like this is not usually moved by the currents.”

The plane was believed to be on its way home from a bombing mission on December 17, 1945 when it was shot down by a German night fighter. All eight crew members were lost.

Continuing Visser said: “It happened when they were very nearly home. Reaching the Dutch coast usually meant you were near to safety. Pilots called the area between Egmond and Castricum ‘the gap’ because there were few anti-aircraft guns positioned there.”

According to MOD records the flight was the first for five of the crew, one of whom was 22-year-old Sergeant Thomas Padden.

Visser has been in touch with Padden’s grandson to tell him about the find.

“He was flabbergasted but also thankful we had investigated.”

It is understood that the wreckage will be exhibited at the bunker museum Jansje Schong in Egmond aan Zee, where Visser expects to see some of the relatives of the dead crew members.

‘They are very happy we are telling the story of their grandparents here so this dramatic part of history will not be lost.’

With Storm Eunice uncovering the WW2 British bomber, those who lost relatives when the plane was shot down will now be able to visit the Netherlands to pay their last respects.