The increasing use of drones in the aviation industry 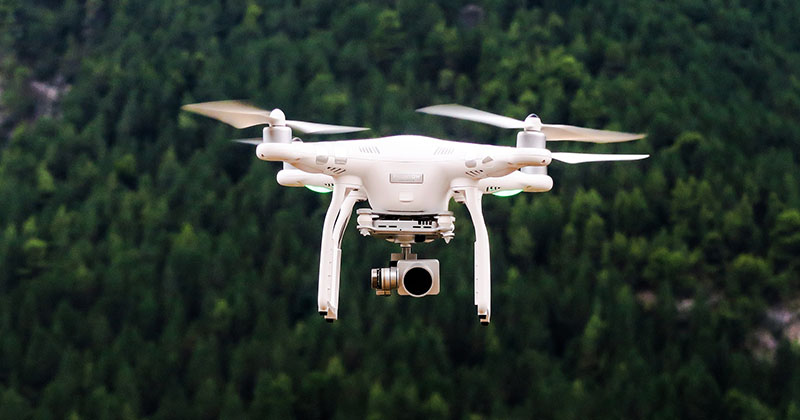 Drone use is one area of the aviation industry that has seen increases over the past two years. Immune to the slowdown in aviation, drone use continues to find cost-saving applications across many industries. Awareness, technology and price have all improved, driving increased use. With regulation catching up, there is even more potential in the near future, and likely more interaction with traditional aviation services, flights and routes.

Increasing applications and commercial use

In the early days of drone use, military applications took the lead. The military has used drones (as “unmanned aerial vehicles”) for decades. Recreational and ‘hobby’ users got onboard next, driving change in the market. As technology has improved, drones have become more capable and more affordable. They have rapidly found new commercial uses.

Some of the main areas now include:

The use of drones in the logistics sector is often discussed, but so far is relatively limited. However, the potential for drone deliveries and supply chain operations is enormous. Investment and pilot schemes are well underway here, but regulation still limits significant expansion.

The market continues to grow as we come out of the pandemic. The 2021 Drone Market Report predicts that the global drone market will grow at an average of 9.4% over the next five years, to reach US$41.3 billion by 2026. Global sales of drones over the same period will increase from 828,000 to around 1.4 million.

Many advantages for companies

There are many reasons more companies are turning to drone use. Their use helps companies lower costs, control risks and increase safety. Drones can access hard to reach areas quicker and safer than humans.

The past years have seen a huge expansion in availability, technology improvement, and cost reduction. Drones can simply handle more tasks than before, and the benefits for companies are increased.

As just one example, consider the inspection of oil and gas infrastructure such as drilling platforms. This is clearly a high cost and high-risk operation. The use of drones has reduced a typical underdeck inspection from eight weeks to just five days, with crew only needing to access identified problem areas.

PWC looked at some predictions for cost savings for UK companies by 2030. It believes that with the continued growth, UK companies stand to save £16 billion. Drone usage will contribute to an uplift in UK GDP of £42 billion. Overall, it predicts the most considerable increase in productivity from drone usage will be seen in the Technology, Media and Telecommunications (TMT) and the logistics sectors.

As usage continues to expand, regulation is more important than ever. The aviation sector, of course, is tightly regulated. The regulations have been developed to control and safeguard standard piloted flights, and drone use has lagged behind somewhat.

Changes have been made, though. A key regulation in the US market is FAA Part 107. This was introduced in 2016 and has opened up legal, commercial drone use in many areas. Many other countries have adopted similar regulations. The restrictions for most drone use is that the drone remains within sight of the operator (known as a visual line of sight), below a certain height, and away from controlled airspace. Exceptions for specific commercial use can be applied for.

Challenges remain, though, with operating drones over longer distances. Regulation is just starting to be launched now (under FAA Part 135 in the US and in Europe under ED Decision 2022/002/R). Drone pilots can be licensed for operation beyond visual sight, with strict controls on flight areas and drone technology. Delay in these regulations is why we have seen companies such as Amazon stalling their much-publicised drone delivery plans.

This will become more important as use encroaches further into aviation and airspace. So far, many of the leading applications are localised – such as building inspections or surveys. As the private sector’s use in logistics or shipping, for example, expands, more regulations will be needed.

Done use, of course, is very different to standard aviation. Flight planners, operators and pilots, though, need to be aware of operations, airspace restrictions and any change to this. Regulations and use can differ between countries and this needs to be considered when using different airspace and airports. This will become increasingly important as the use of drones expands, with potentially longer routes.

Drones have many commercial applications that can reduce company costs, improve safety and deliver results quicker. With the attractiveness of this, it is no surprise that drone use is growing rapidly worldwide. They need to be regulated alongside the rest of the aviation industry, though. This is clearing up now and looks set to develop to support expanding drone use.