Ukraine’s biggest zoo is caught in the crossfire 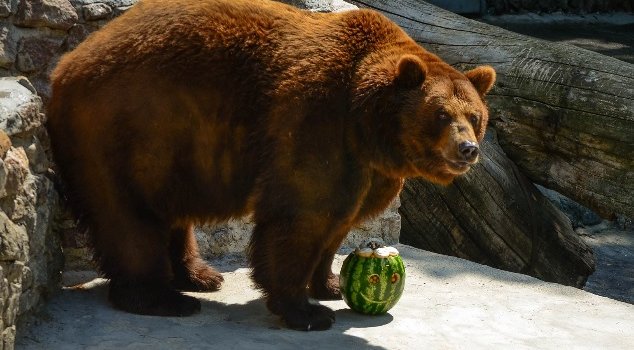 There has been a lot of coverage of the plight of Ukraine’s people, many of whom have died whilst others have fled, but spare a thought for the country’s biggest zoo where the animals are caught in the crossfire.

Mykolaiv Zoo’s is home to around 4,000 wild animals, creatures that are not accustomed to the sounds of war, to air raid sirens and bombs falling.

Zoologist Viktor Dyakonov, speaking to AP News, said that it is difficult to tell whether the lack of visitors or the noises of war are affecting the different species and in what way. The zoo has been closed for more than three weeks now and he says the lack of people is an eerie sight.

The zoo has been struck before with the first rocket landing on February 27, destroying the pathway between the tiger and polar bear enclosures. Although no animals were injured in the attack, the director of the zoo’s museum Volodymyr Topchyi, says the episode was very stressful for the animals as is the regular shelling a couple of 100 metres down the road.

Three more rockets have landed in the zoo, including one in an aviary whilst the other two hit near the zoo’s administrative offices. Topchyi expects the zoo to be hit again at some point as fighting continues.

Topchyi says it is not possible to evacuate the zoo, which has more than 400 species, many exotic and nearly half of them on the international red list of endangered species.

Firstly he says: “There aren’t enough vehicles to transport the animals and the only road towards Odessa is clogged with traffic.”

Secondly he says: “it’s still very cold. If we take the giraffes, the elephants and the hippopotamuses, there’s a risk they won’t survive.”

Topchyi and his staff of around 100 have absolutely ruled out abandoning the animals with many sleeping on the premises to not only reduce their exposure to the war by travelling across the city, but also to comfort and care for their charges.

When asked how the zoo is surviving he said that people have continued to buy tickets even though the zoo is closed.

With the was continuing unabated, Topchyi hopes that Ukraine’s biggest zoo will manage to escape the bombs and the bullets. He hopes that although it is caught in the crossfire that it will survive largely unscathed and that someday soon life in the zoo can return to normal.

The zoo has called for financial and other help, details of which are available on their website.