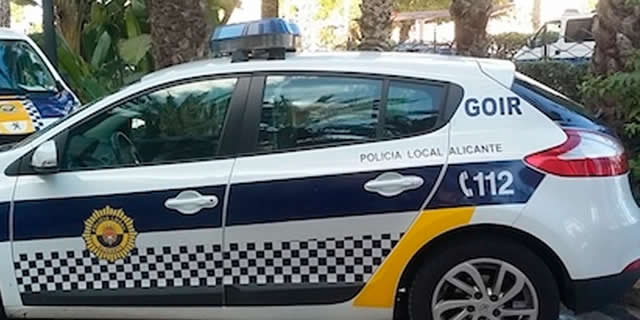 Following claims of irregularities in the police recruitment process in Alicante earlier this week, the City Council has released a statement saying that it will investigate the allegations.

The allegations first publicised by Cadena SUR called into question the examination process with around two thirds of the top candidates having some kind of tie with the council, whether through family, political parties, unions or contractors.

Luis Barcala, Alicante City Mayor, has instructed the Councillor for Security and Human Resources, José Ramón González, to open an case file and to investigate the recruitment process.

Barcala said: “We do not prejudge any action, but we are not going to allow any shadow of suspicion to remain in the air about cleanliness in these oppositions.”

He has not ruled out the option of suspending the procedure should the council uncover any irregularities, stressing that the process must be free and transparent.

The city council has said that: “The first thing will be to know the findings and in the event that it is found that there have been irregularities in the process, we will demand that it be repeated to guarantee the equal opportunities.”

At the same time, PSPV, Compromís and Unides Podem-EUPV have confirmed that they will register a joint motion to request an “urgent” investigation commission on this “alleged favour treatment”.

UP-EUPV spokesperson, Xavier López said: “These accusations are very serious and the Mayor, Luis Barcala, should come out now to give explanations and, of course, we are going to demand them. That is why we register this petition for the next plenary session with the aim of clarifying whether there has been corruption in the process.”

Compromís spokesperson, Natxo Bellido, has made three very specific request. The first is that the the investigation commission be approved in Thursday’s plenary session, the second is the precautionary suspension of the selection process and, lastly, that the findings be shared with the Anti-Fraud Agency of the Valencian Community.

The Compromis group has also tabled a question enquiring what role the Ministry of Justice will play in dealing with the allegations.

No time frame has been given for Alicante to investigate the police recruitment process, but the report is not expected to be made available for some weeks.