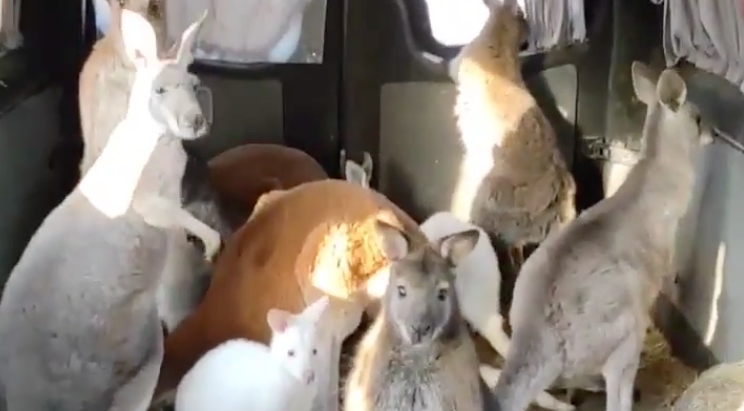 A video released on Instagram by Feldman Ecopark, shows the evacuation of 10 kangaroos after being shelled by Russian forces in the Ukrainian city of Kharkiv.

The video which currently has nearly 40,000 views, shows a man evacuating the kangaroos in the back of a van after risking his own safety to enter the zoo and carry out the rescue mission. The caption of the instagram post read:

“Rescue of animals from the territory of the Ecopark continues! These kangaroos were taken out the day before yesterday, that is, now they are already safe. This is very nice, because their enclosures, unfortunately, were repeatedly shelled. We believe that now they will be fine! Many thanks to volunteers and employees who take risks to save animals, as well as to our many friends – caring people, businesses and NGO’s who help us financially and make our rescue operations possible. Your support truly saves lives!”

The Zoo has been repeatedly shelled since February 24th leading to the reported death of three staff members, as well as animal deaths including two orangutans and a chimpanzee. Wolves are also among the list of animals said to have escaped the zoo during this chaotic time.

A spokesperson said “The list of victims of aggression among our animals is growing- it already includes large cats, primates, ungulates, marsupials and birds…”

Despite this, rare spurred turtles along with white-nosed and blue monkeys have been evacuated by staff and rescuers who stated: “It is not so easy to evacuate such turtles- they weigh 100kg or more, but we managed”.

Donations can be sent using the details posted on the Feldman Ecopark website: