According to Paris, Putin has acknowledged ‘progress’ in Ukraine talks 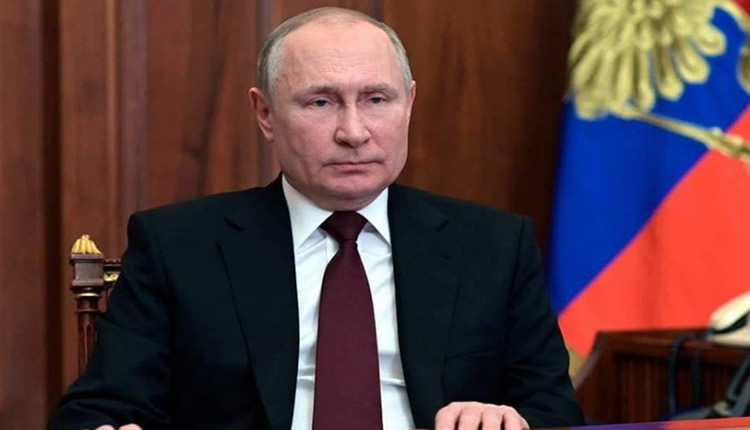 According to Paris, Putin has acknowledged 'progress' in Ukraine talks. image: twitter

In an alleged 60-minute telephone conversation with French President Emmanuel Macron, on Tuesday, March 29, Vladimir Putin, according to Elysee sources, acknowledged ‘progress’ in the negotiations with Ukraine.

He reportedly remained adamant though that he would continue his offensive in the east of the country. In particular, the Russian President is said to have assured Macron that he will not halt his siege of the city of Mariupol.

Macron again is thought to have demanded a truce from Putin in Mariupol, to allow the voluntary departure of civilians. According to his calculations, 160,000 still remain in the city, without any contact with the outside world. His request was reportedly rejected by Putin, who reiterated the strategic importance of that city.

A joint plan with Turkey and Greece was presented to the Russian leader, to address a large humanitarian operation in that city located on the Black Sea coast. Putin’s reply was limited to saying that he would respond later.

The French president was also due to hold a further conversation with Ukrainian President Volodymyr Zelenskyy, to find out if anything had transpired in the negotiations that took place in Turkey with Moscow.

Before his conversation with Putin, Macron had participated in a videoconference called by US President, Joe Biden. They joined together in a call with British Prime Minister Boris Johnson; German Chancellor, Olaf Schultz; and Mario Draghi, the Italian Prime Minister.

The leaders of those five countries agreed to maintain their aid to Ukraine, along with the imposition of sanctions on Russia. They also discussed how to mitigate the consequences that the war is having on the world economy.

French sources considered the possible points of agreement that have been advanced by the Russian and Ukrainian delegations during talks as ‘very premature’. Paris officials are aware that the negotiations included Ukraine offering a future status of neutrality in return for an end to the war.

They pointed out though that the main stumbling block in this point appears to be with regard to the definition of borders. While these talks continue, Putin is continuing his war, and allegedly violating international humanitarian law, as reported by 20minutos.es.