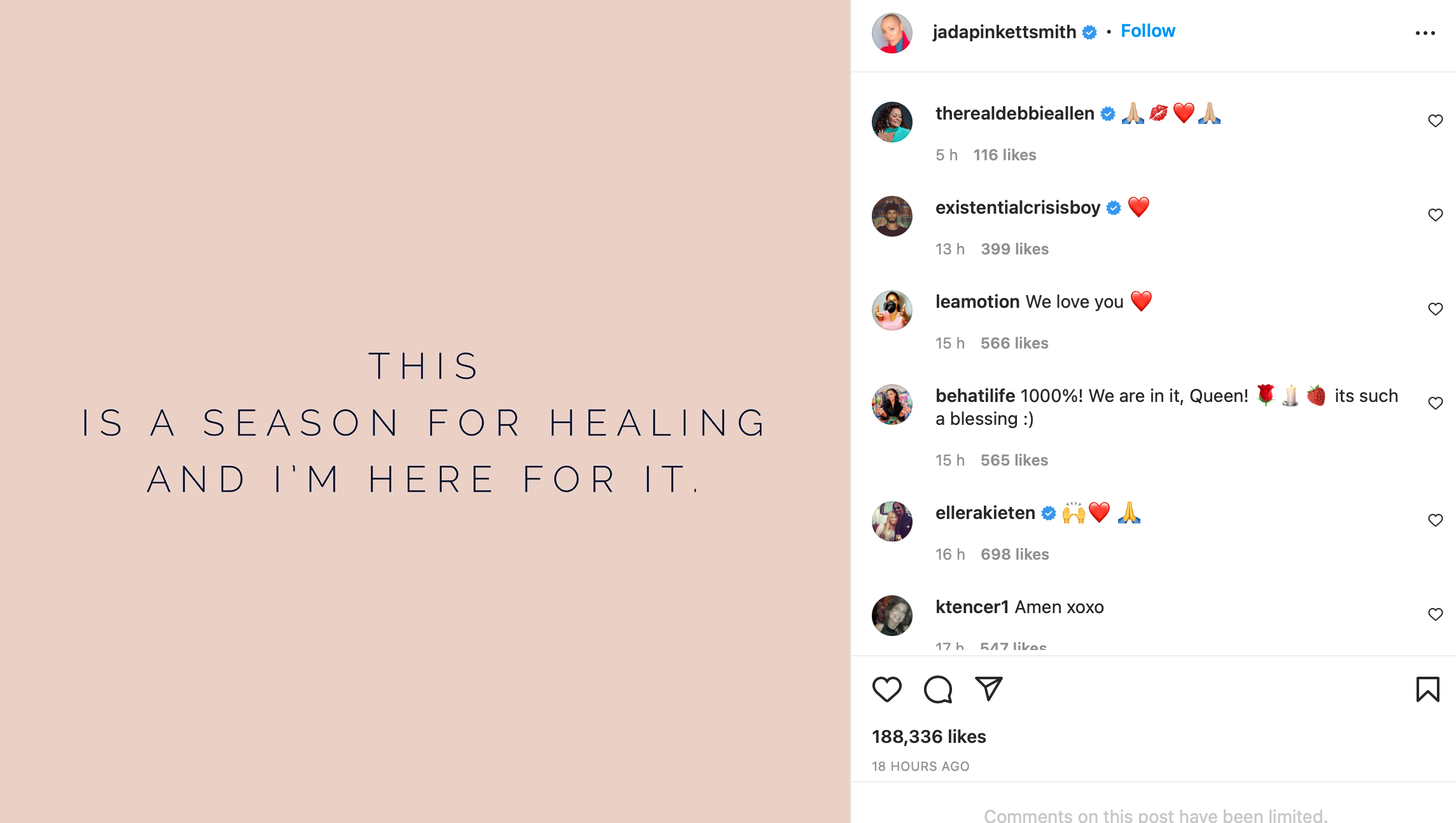 The incident which took place at the 94th edition of the Oscars, saw Will Smith walk on stage and slap comedian Chris Rock after his joke “Jada can’t wait for GI Jane 2” a joke made at the expense of Jada Smith’s buzz cut.

Jada, who suffers from alopecia did not appear amused, and although Will initially laughed, he later proceeded to attack Chris Rock.

Taking to Instagram on March 29th she posted an image that read: “This is a season for healing and I’m here for it.” The image had no caption and no confirmation that it was in reference to the infamous events that had previously occurred, causing many on social media to feel that the statement was far too obscure and cryptic to be considered an apology.

The statement came a day after her husband’s public apology which read: “Violence in all of its forms is poisonous and destructive,  “My behaviour at last night’s Academy Awards was unacceptable and inexcusable. Jokes at my expense are a part of the job, but a joke about Jada’s medical condition was too much for me to bear and I reacted emotionally.

“I would like to publicly apologise to you, Chris. I was out of line and I was wrong. I am embarrassed and my actions were not indicative of the man I want to be. There is no place for violence in a world of love and kindness.”

He also apologised to the academy, the viewers and the Williams family, who he felt he had let down after portraying Richard Williams, father of Venus and Serena in the latest Hollywood movie King Richard.

“I deeply regret that my behaviour has stained what has been an otherwise gorgeous journey for all of us. I am a work in progress,” added.

The world is divided on whether or not Smith’s actions were justified, with many feeling Rock’s joke was out of line and many others feeling violence is never the answer.